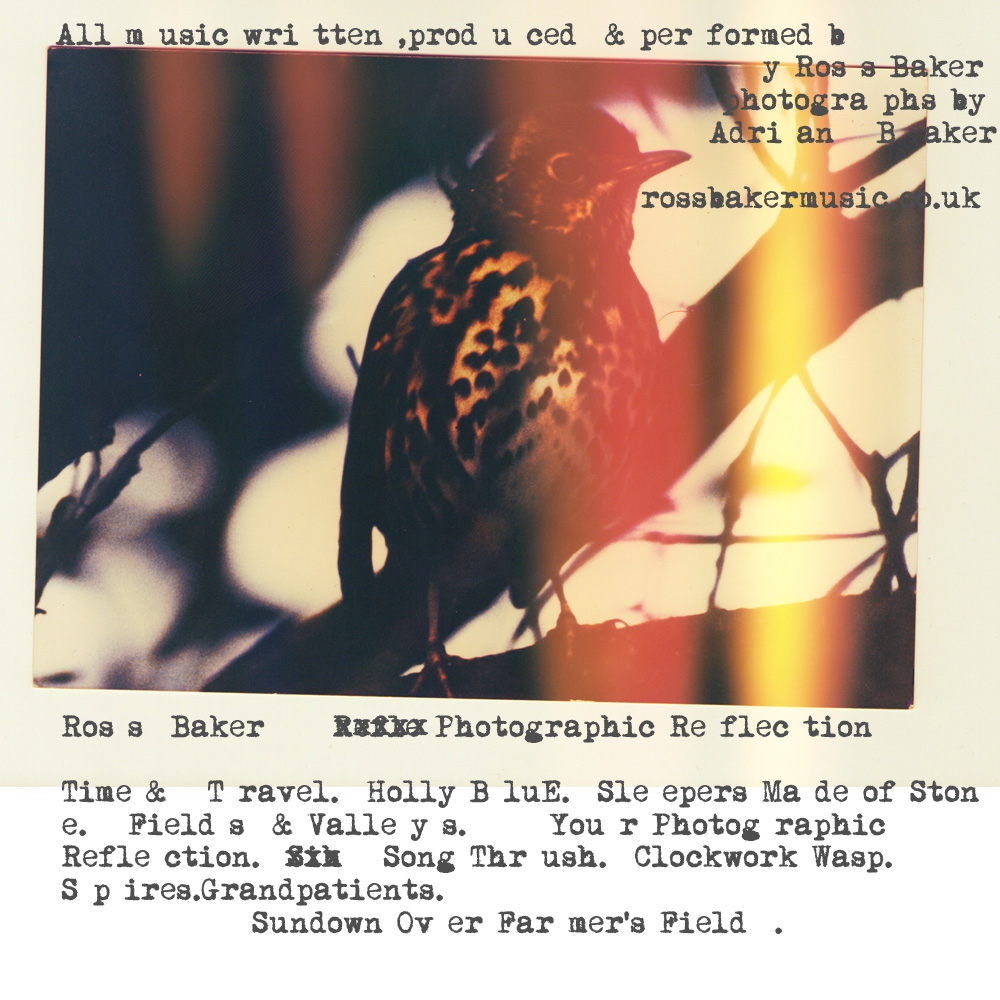 Ross Baker has been composing electronic music under the name Second Thought since early 2000. His recent musical endeavors under his birth name have taken a more acoustic path. Ross Baker’s new album, “Photographic Reflection,” is as an electro-acoustic journey through fields and time. The style is in many ways similar to Ross’s previous efforts, “The Blackbird’s Revenge” and “Revolution 2.” The album starts with just field recordings of birds and field work. “Holly Blue” pairs the sound of rain, birds, and an acoustic guitar. “Sleepers Made of Stone” showcases guitar and reverberated vocals in a more traditional folk song structure. “Field’s & Valleys” juxtaposes the sound of birds and a small trickle of water with that of lush ambient textures and grandiose chords. The contemplative title track is a peaceful instrumental with guitar and synths that makes you sit back and daydream. “Song Thrush”, another ambient piece on the album, is coated in distortion. “Clockwork Wasp”, though less traditional, shares similarities with “Sleepers Made of Stone”. “Spires” is an amazing, repetitive, instrumental guitar piece with spoken word dialogue. “Grandpatients” is a lovely reverberated ambient piano piece similar to some piano pieces by Second Thought. The album closes with “Sundown Over Farmer’s Field”, a darker version of “Holly Blue” that fades out in field recordings similar to the opening track. “Photographic Reflection” is an album of contemplation over nostalgia. It makes you want to dig into your past, unearth old photographs, and pour over those memories with a cup of tea.

Suzhanna Reizen – Reflection in the Earth