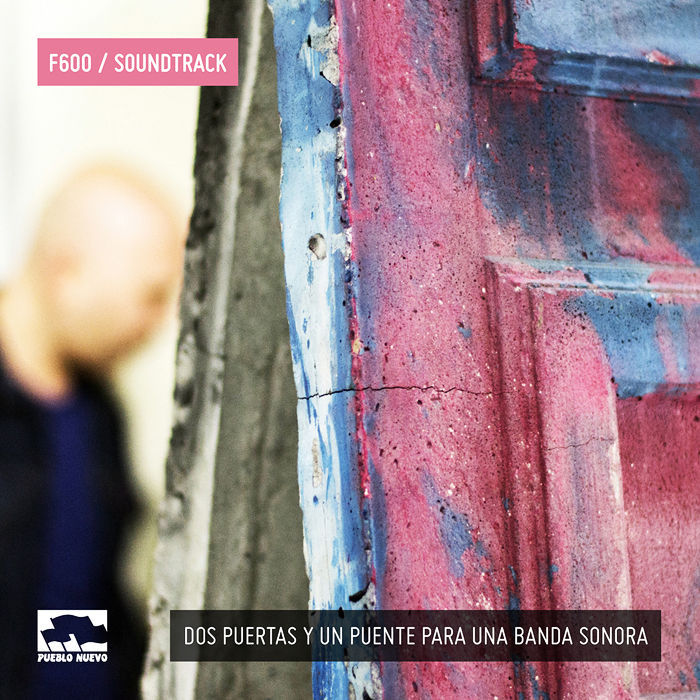 “The most recent work of Miguel Conejeros, aka F600, corresponds to the soundtrack for the artistic installation “Dos Puertas y un Puente para una Banda Sonora (Two Doors and a Bridge for a Sound Track),” a collaborative montage between Miguel and the artist Rodrigo Vergara. The work, which combined sculpture and music, was exhibited in the International Museum of Chile – Gallery MICh, in Santiago, Chile, between the 17th and the 24th of June 2016.

The sonic montage in its original version was developed in a multichannel (5.1) format, in order to be appreciated by the viewer/listener as he or she transverses the space of the exhibition, where the sounds are released from the four corners of the hall, projecting a sensation of spatiality and movement, in contrast to the apparent inertia of the sculpture.

In the words of Sebastián Riffo, Director of the Gallery MICh, “The pieces exhibited were erected from the concrete, free of abstract sentimentalisms, interior life and/or conceptual and/or symbolic over-determination. They were there, alone, supported above structures of metal in order to say nothing. They wouldn’t share stories, messages, nor morals, they were only embedded in our floor and extending themselves through space. Of a palpable nature, realizing distinct material layers and sounds, as if dealing with geological strata; enigmas impossible to resolve without the help of an attentive ear and a dilated interest.”

This disc contains a demonstration in stereo of the work of F600, valuable as a historic register of the creative processes of Miguel, moreover, it provides the listeners the possibility to appreciate in a new instance the materiality of his sounds, those that are capable in and of themselves, of telling us this and other stories, of opening doors and laying new bridges.”

“The intimate and unrepeatable process of the construction of this piece is captured through the sounds that inhabit the studio.

They are the acoustic frequencies from the manipulation of the distinct elements that raise the scaffolding of this sound track.

Much like the materiality of a sculpture is intervened with pigments, molds, and tools: the captured sounds are processed electronically and digitally, imprinting their own character in the result.

‘Dos puertas y un puente para una banda sonora’, is an exercise in congruence between materialities that plant themselves like a tale of a tactile, optic and acoustic construction in order to be traversed, contemplated, and inhabited from their interior.”

Visual artist. He has participated in more than 40 expositions, including 6 individual. His work has been shown in diverse countries in Europe and America, and he has also been published in more than 25 media specialized in art, as much in Chile as foreign. He has obtained three distinctions in concourses and 5 state financed grants. He has realized residences in Brazil and Argentina.