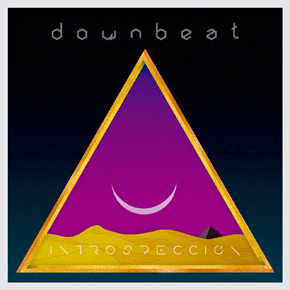 Downbeat is a project that mutates, changes with the time, transforms itself with life, without limits and without borders. Their second album takes the sound a step further towards experimentation. Downbeat look at their interior and connect themselves with genres they always got inspired from: Dub, Dubtronica, Jazz and Fusion.

“Introspección” is the beating of their heart, each heartbeat navigated by a different state of mind. Looking at oneself is like a magical journey within, guided by the mystical power of the ancestral plants.

The dub sounds are present throughout the album with atmospheric musical landscapes. This is not the typical dub album, trying to look like its coming out from an island … this is the dub of the mountain … the dub of the Andes … the dub of the Aconcagua … the dub of Las Heras. That’s why it’s hard, dark, cold and different. That is why it has power, hypnotism, strength and a sound of its own.

Let us navigate within ourselves, with the heart pulsating on each beat. Heavy Dub, experimental Dub, dedicated to the universe and its infinite power. A triangle for all to travel (SOUND-LIGHT-SHAPE)!