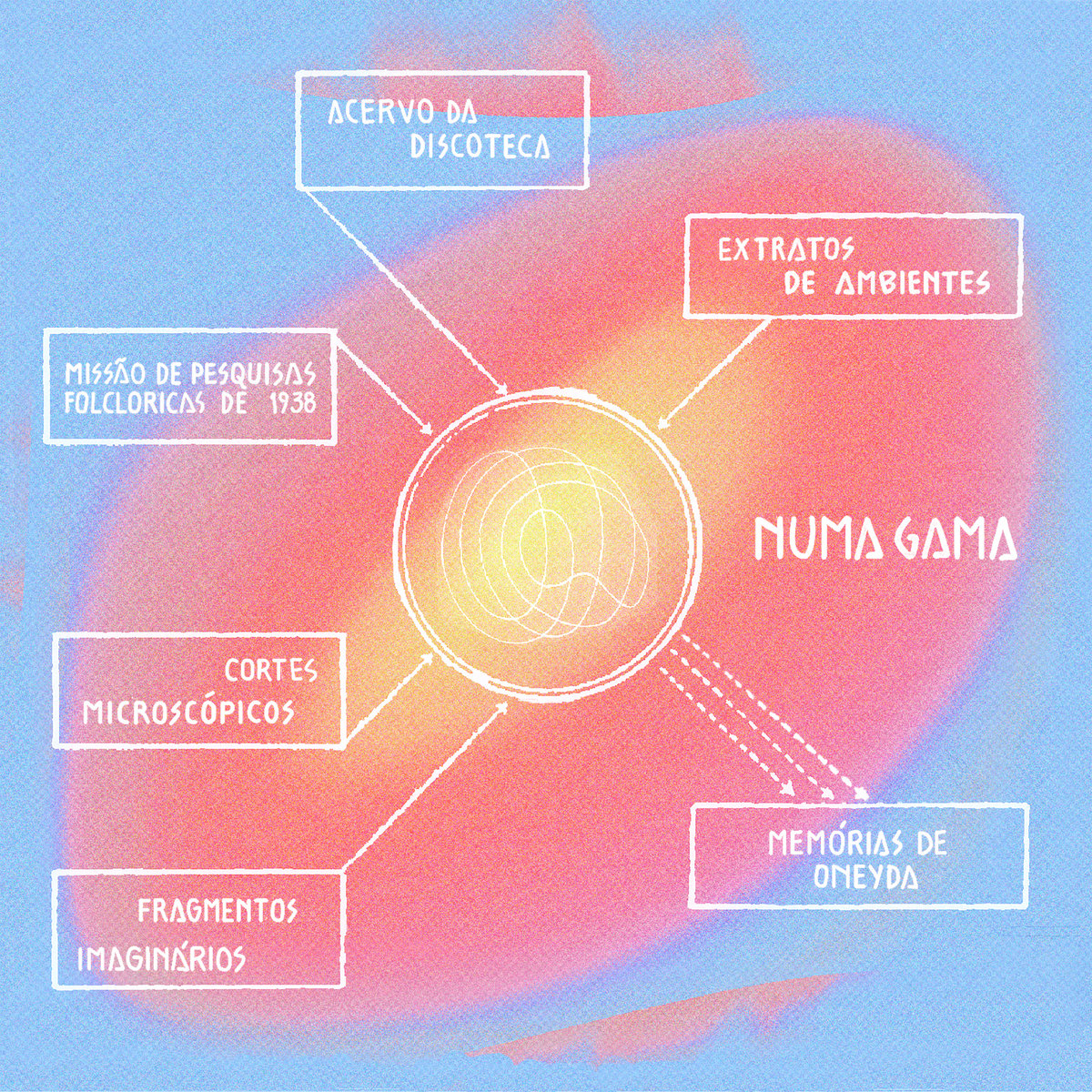 Memórias de Oneyda was created during the residency held by São Paulo Cultural Center (CCSP) in celebration of the 85th birthday of the public record library “Discoteca Oneyda Alvarenga” which has one of the biggest archives of latin america and is named after the director and founder Oneyda Alvarenga.

Percussions, beats, harmonic layers, and almost all details were extracted solely from the vast collection of the library, with exception of a few field recordings and instrumentals I’ve recorded for other occasions. These additional audios are also used as sound collage. I took most of the vocals from the historical 1938’s folklore research mission, which aimed into recording traditional music from the north and northeast of Brazil.
I’ve adapted the sonority of the tracks to the quality and texture of the oldest recordings, seeking a sound in between contemporary and a 30’s recording – as it was an old dirty recording of a parallel reality. The são paulo musician and engineer Bruno Palazzo helped me to enhance this feeling with an analog tape master.

Minimum suggested donation is 5.50€ + vat. 50% of the profits will be donated to the movement of the indigenous woman of Xingu – ATIX Mulher. Depending on how much is raised, other indigenous ONGS will be included.