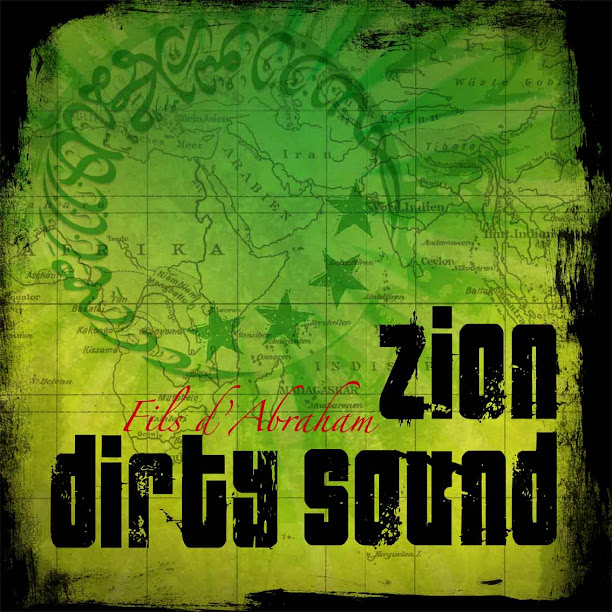 The story of Djirbil and Faida is like a fairy tale and is just as amazing as their music. Djibril was born in the suburbs of Paris back in 1986 and started making music by playing guitar, bass and drums in punk rock bands in the north of France and Belgium, while later he landed from punk to reggae/dub/jungle through some friends who were operating a sound system. The other half of the band, Faida AKA Sister Raphaelle, was born 1986 in Mamoudzou, Comoros, between Madagascar and Mozambique. She started singing from childhood, influenced by the soul of the African music. 1996 she arrives to France to live in the suburbs of Paris.

The two got closer together during one of their gigs as members of the Acoustic Groove Orchestra and their love story has led into marriage. Their new life was accompanied by the creation of a new band, 2 years ago. Since then they are composing and recording their own music in their own home studio under the name of Zion Dirty Sound.

Their music is an amalgamation of different styles and is the result of the different cultures they both represent. The African/Comodian roots blend with the Europrean/French music, all fused nicely with arab/indian/latino culture, influenced by their social life and their travels around the world. Add a touch of dub and you got magic going through your ears!

“Fils d’ Abraham” is a compilation of Zion Dirty Sound’s best music from previous releases and from tracks scattered around the internet, plus we exclusively included four brand new tracks. Load them on your media player, press the play button and embark on an ethnic journey of irieness. Feel the vibes and follow the journey of Djibril and Faida from Africa to Latin America over Europe, on their quest to interact with different cultures and search through music for a higher vision of life.