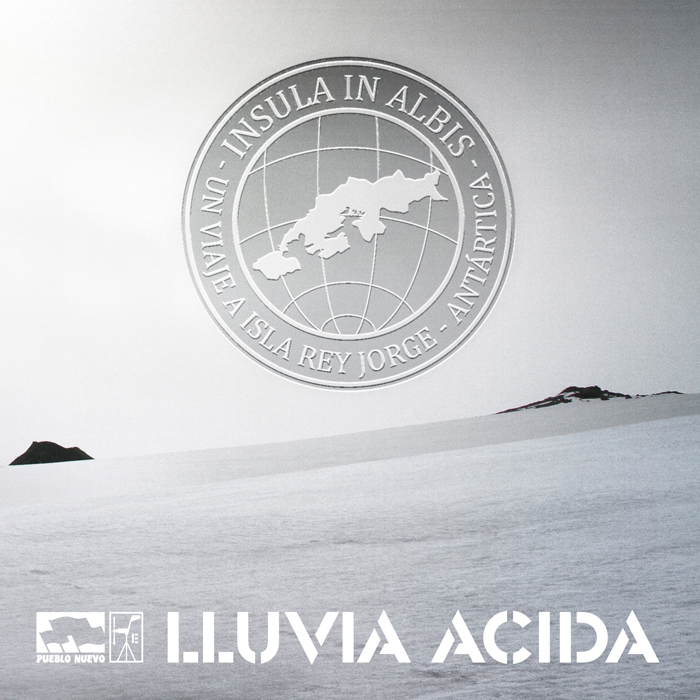 One of our topics of interest as musicians has been the Antarctic – as a natural space, a territory of history, and as a search for understanding. This interest has materialized in various artistic works. The first was the album “Antártikos” (Eolo – INACH, 2005), which told the story of the white continent, through songs and instrumentals from the distant prehistoric past to the present. We were able to present it in 2007 in the gymnasium of “The Eduardo Frei” base on King George Island. But we could only be there for four hours, which was just long enough to play for the Chilean, Korean and Uruguayan staff who attended, and to familiarize ourselves a little with the facilities there.

In 2012 we collaborated with Instituto Antártico Chileno INACH in editing and musicalizing the documentary “El Continente de la Luz: Primeras Expediciones Chilena en la Antártica” (The continent of the light: first expeditions Chilean in the Antarctic), based on historical video footage restored by the Cineteca Nacional. We performed it live during two concerts in Santiago – one at the Museum of Contemporary Art (MAC) and another at the International Book Fair of Santiago (FILSA). At that time, we were already harboring a dream to assemble our own expedition, one that would allow us to return to a place that we had not yet been able to explore in depth.

So we proposed a project to INACH, which was approved and which allowed us to travel at the end of March 2013. We stayed several days on King George Island, recording ambient sounds of radio telecommunications, structures, and other elements. And we were able to gather a large amount of material, as much video as audio, which helped us to compose and record an album and edit a movie.

“Insula in albis” reflects in music and images different aspects of the natural and human life of King George Island: stunning landscapes, native wildlife, men working and communicating through Radio, the effort of Chileans present there, the amazing infrastructure of the “Great wall” base (China), the mysticism of Mother Russia at the base “Bellinghausen,” and the warmth of the base “Artigas” (Uruguay). The theme underlying this work is the cooperation between men of distinct cultures, who represent their countries, but who also share an experience as members of the same human species in this territory – a great example for the rest of a world, divided by diverse conflicts. Thus, we have carried to the limit our concept of electronic music as a tool of not only sonic exploration, but also geographical. We invite you to share with us this journey, one that took us to the last frontier of the Earth, heading to an island that we can never forget…