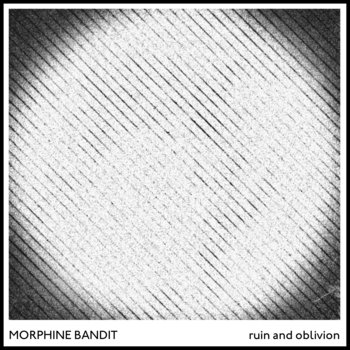 After a year in 2013 and four albums made for three different labels (Eg0cide Productions, Batenim, Textural Records), Morphine Bandit is back for his first release in 2014.
This release is quite short compared to previous ones but contains three tracks very different in terms of atmosphere and style that sweep the sonic possibilities of Morphine Bandit.
So what is this new album about ? Singing mystical sirens lost in a modern city, stretched notes mingling with the sound of distant bells punctuating the course of a forgotten meaning ceremony, unreal languages pronounced in a fall night, echoes of monolithic machineries coming from beyond the horizon…
Artist : Morphine Bandit
Title : Ruin and Oblivion
Catalog # : TXR065
Duration : 22:10
Date of release : January 22, 2014
Genres : dark ambient, drone, noise
Format : digital (FLAC and MP3)