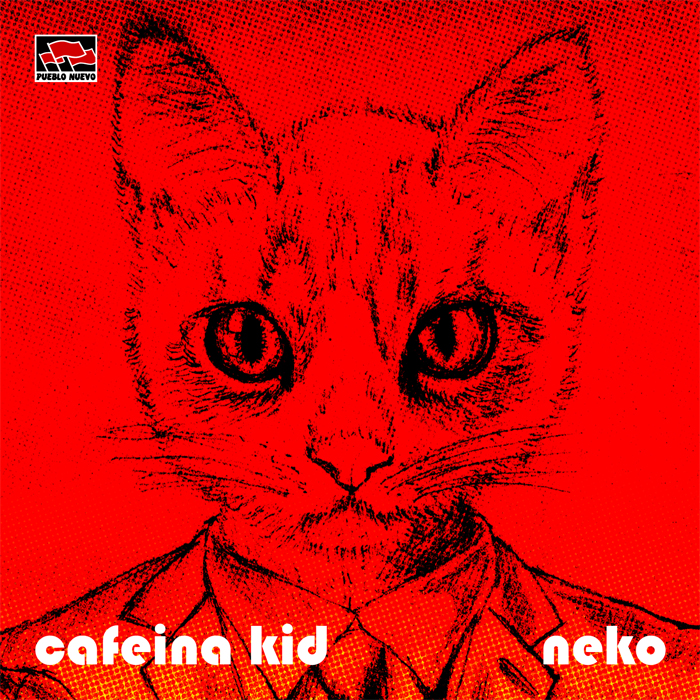 “The album ‘Neko‘ [pn115] from ‘Cafeina Kid‘, the psuedonym of the musician from Concepción Pablo Cornejo, consists of 12 instrumental songs spun into an assemblage that above all resumes coherence in continuity with the treatment of sound, composition, and style with which he has managed to effectively express the legacy of electronic music from the beginning of 2000 to date.

His compositions imbibe of various styles, mainly ‘Electronic Dub’ and ‘Downtempo’, with touches of ‘glitch’ that have been amalgamated with the use of the sampler, a resource with which he takes clips of audio from diverse sources, though mainly of himself. ‘Cafeina Kid‘ presents us with a record in which he looks and listens to himself, collecting sounds and stretches of previous compositions, placing them in an exercise that allows him to re-signify them. It is an exercise in memory, an act that Pablo tranfers in a fluid way and that he has realized since I’ve known him, a very long ago time when we exchanged with Mika Martini – since Ud. No! -, extensive chains of emails, reflexive writings on style, aesthetics, history and anecdotes that did nothing more than connect our work with the true sense of pondering music.

Today we hear the echo of these dialogues in a concrete result, a new album of ‘Cafeina Kid‘ that acts as a happy reminder at the same time as a focus towards what may come with his next creations. This, because ‘Neko‘ [pn115] presents itself as a solid disk with sufficient potential for expecting a possible future discography with the quality of what is left here, a disc in which he references styles that he supports with an undeniable personal imprint, through which he demonstrates timid warmth, a well-developed melodic instinct and a grand tact for presenting, every time you listen to his music, several possible and impossible worlds simultaneously.”