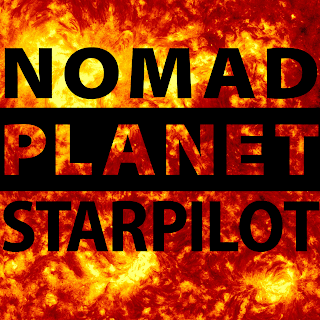 Crafting an album for two years yields a lot of content, but almost everything created during Starpilot’s Ragged Smile sessions were gold. As a compromise, we bring you a single release featuring one the best summarising tracks for Ragged Smile’s atmosphere and styles as an A-side, and with it five never-before-heard B-Sides that didn’t make the album cut, not due to lack of quality, but for the purpose of running length. As a result, this 6 track single is as strong as the album, comes with its’ own front and back covers and also, as a nice treat, features 8 bonus tracks recorded in 2011 you get on download. These older tracks are guitar-and-vocal-only demos of some of the songs that made it through to the album (vastly changed) and some that did not, giving you, the listener, a better insight into the sheer amount of time and care that Starpilot has put in to morph Ragged Smile and Nomad Planet into what is sure to be his defining work.