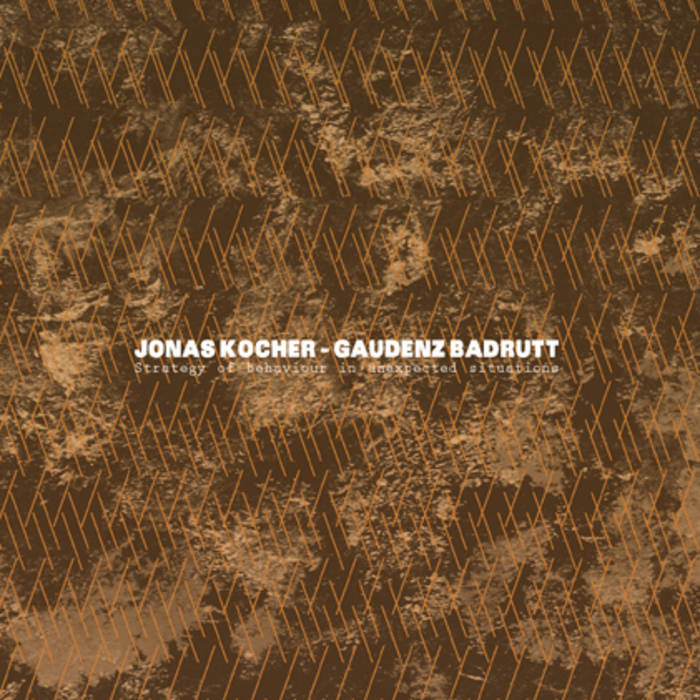 “Strategy of behaviour in unexpected situations”

The two musicians collaborate for many years in different formations in improvised music contextes. The duo developp a subtil work that explores the relations between the very electronic sounds of the accordion and the instrumental potential of the electronic. They create a fragmented and tensed sound univers, always open to the present and the accidents.

Gaudenz Badrutt (electronics & comput! er) began his career as a pianist in the field of contemporary classic music. Since 15 years he works as an electronics musician in the field of improvised, experimental music. He is mainly known as one half of the electroacoustic duo strøm (together with Christian Müller, electronics and bass clarinet), as well as part of the duo Hans Koch (bass clarinet) – Gaudenz Badrutt and the duo with Jonas Kocher (accordion). His music is coined by a very instrumental use of computer/live sampling and electronic devices. Filigree, minimal noises, drones and dense structures are key characteristics of his music. He is further occupied in the fields of electronic composition and sound & video installation. Gaudenz Badrutt has further collaborated with Bertrand Gauguet, Burkhard Beins, Michael Vorfeld, Norbert Möslang, Dieb13, Diatribes, Arno Camenisch a.o.. with concerts at home and abroad, including: the JOLT Festival Basel 2011, Zwei Tage Zeit Z&uum! l;rich 2012, Influx Toulouse 2011, Transmediale Berlin 2009, Zoom in B! ern 2008, Norberg Festival (Sweden) 2006, Taktlos/Tonart Bern 2006. Gaudenz Badrutt lives as a freelance musician in Biel (Switzerland).