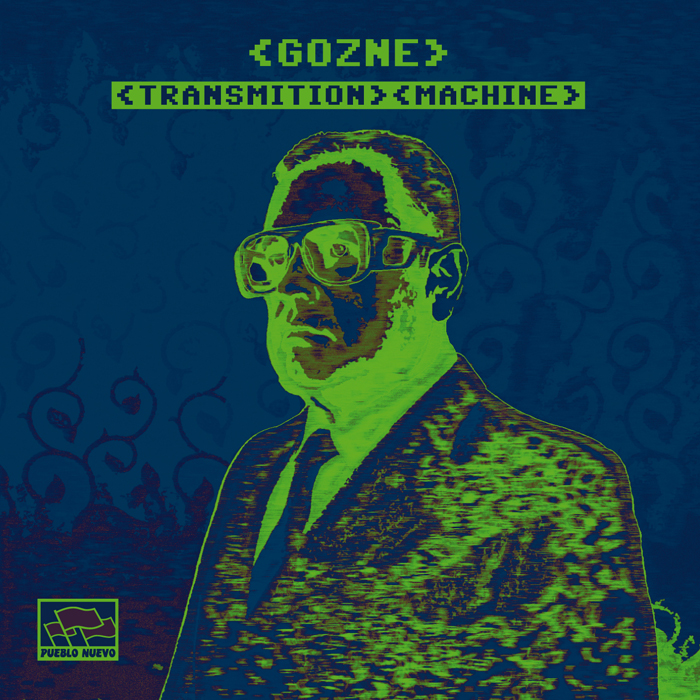 “Transmition Machine” (something like “Transmission from the machine”), robotic voice has more than his previous works, he enters a plane almost “Electro” reminding the Germans Kraftwerk, – even to the current staging of Gozne – without being a blatant copy. The sound is analog and deep, varying between 100, 110, 115 and 124 BPM. Minimalist at times, experimental in others. The voices provide spoken word, no song, just phrases that say: Time Bomb, Total Devastation, Technologic Music, Planet of Confusions and more, which provide each subject not only their title, also their particular environment and development.

The audio-visual show called “Random iLive Action” is clearly present in this work since each track was recorded as if it were a show more and only the voices were incorporated later. The random concept remains “nothing goes the same twice” and for that reason, this work can be executed again live or studio but never sound the same, keep the concept of each track, but each party shall again “Randomized” giving to each performance the same character but with different.