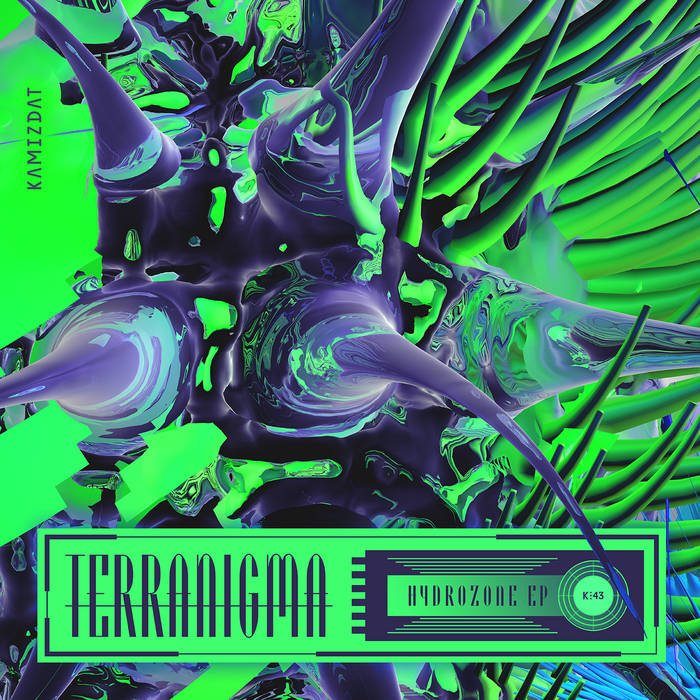 As an attentive listener, Trkman went through a significant change over the past years, working as a sound technician in Ljubljana’s main electronic venue, Klub K4. His first recognisable moniker was Freeverse and he was one of the first DJs to introduce UK bass and trap derivations. But in 2017, he turned to his roots – to jungle, acid, electro – and started reperceiving the music of his youth under the pseudonym Terranigma.

Terranigma first got noticed for his tracks on two compilations of local electronic music in 2017 and 2018, but it was not until Booster Pack EP (released in March 2019 at Kamizdat) that he started attracting wider attention. The EP was a tribute to adolescence, which caught the careless joy of opening booster packs, the naïve shine of an honest, although commercial surprise.

In a very important year that followed, Terranigma found the foundations, the imagery, the sound he feels comfortable with, and released HydroZone EP. The three songs on the EP show the growing maturity of his sound and the spectrum of what Terranigma is all about right now. The opener Dark Fin strengthens discreet flirtation with Drexciya’s immersive aesthetics, the late night club hazes, and the forward-pushing electro rhythms. The transition from digital to digital-analogue gear is perhaps most clearly heard on the second track, Deep Sea Oddities, where Terranigma shows a new approach to music-making and his hidden potentials. But perhaps saving the best for last: there is the title song Hydrozone with a twist: soft-ambient evolution with a seemingly long fade out for the end of this short-and-sweet EP.

With HydroZone EP, Terranigma is creating his own space, his sound territory, a place where he is most comfortable at. Although clearly envisioning a toxic-water world, embraced also by the cover art by visual artist 5237, his approach is not straightforward. On HydroZone EP, he highlights the possibilities of techno-inspired electro, from club bangers to goosebumped pleasers. The rawness and the broadness.
credits
released March 30, 2020