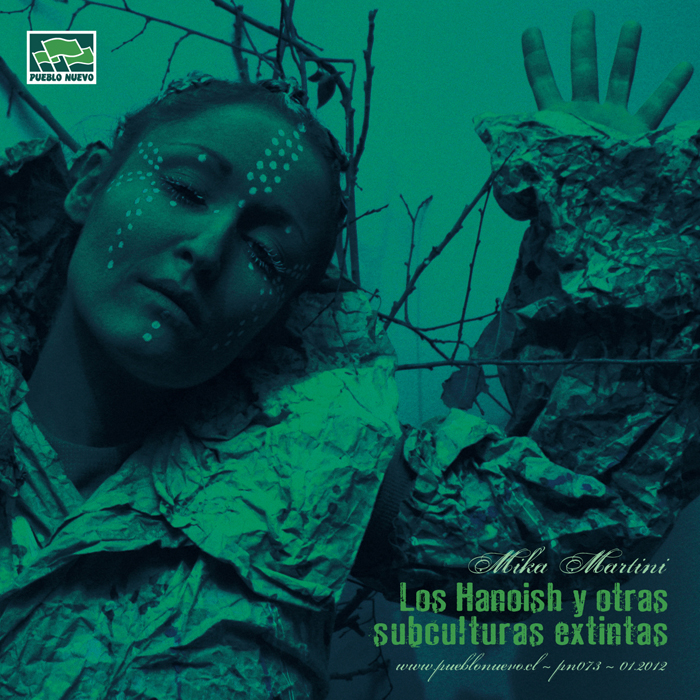 By the end of 1978, a group of visual artists from USA know as The Residents published, among others, one of their masterpieces: ‘Eskimo’.

This was a conceptual album organized around a very special subject: fake folklore eskimo music (Cutler 1993).

To achieve that, the collective not only invented a tale that could base the album; a specific language variant for the ritual songs ‘recreated’ here was even delivered.

As it was expected, all of this huge frame didn’t made up anything but another one, designed to keep on laughing at, making a parody of, and comments on recurrent study objects such as: pop, publicity, big scale marketing (op. cit).

By the end of 2011, the local artist Mika Martini, grown surrounded by the visuality, give us ‘Los Hanoish y otras subculturas extintas’ (The Hanoish and other extinct subcultures), a conceptual album organized around a very unusual clue: imaginary pre-Columbian cultures.

The starting point was given at playing with Ursula Calderón’s voice (1923-2003), that, processed and manipulated, it becomes quite unrecognizable and distant about its time, telling and metal.

Martini also gives a quantum leap in respect of his previous release, ‘Mestizo’ (pn014 / 2007), abandoning the melody and danceable beat at all, to achieve the sound in its maximum amplitude and possibilities.

We’re hoping that, joined by the cold, the distance and the starting point, both works intersect in our ears, more and more each time, so they could expand our anxiety and imagination.”

Polwor+Mika+G-Painter – The world you live