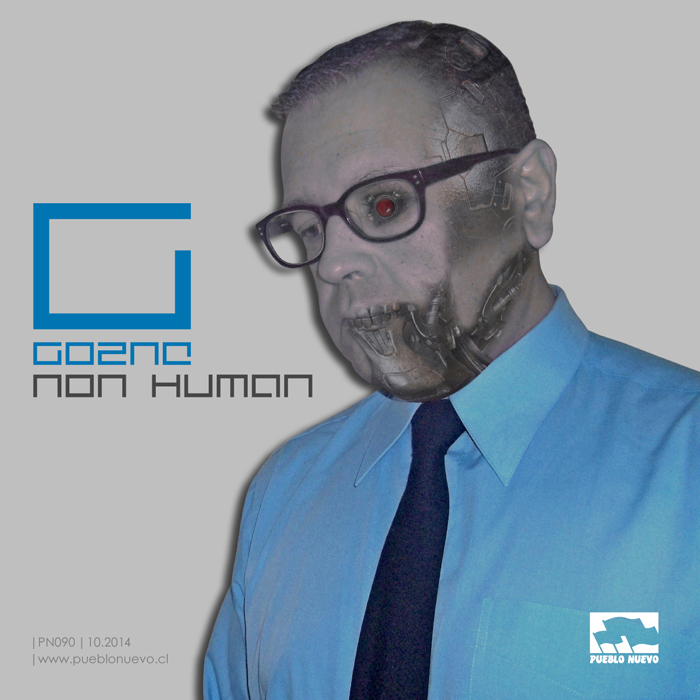 To be human is possible. In this context, a robot with a human appearance wants to become more manlike, to be part of society, acting in it. The problem arises when his artificial brain will not process some things. He does not understand the behavior, customs, values, decisions and reason of human decadence. Each one of the electronic components that comprise him were programmed to function as an ideal and perfect human being (according to the standard of humanly possible perfection), he understands humanity in this way.

In reality, in human society as such, he does not find anything like himself. The human being IS NOT what has been programmed into his database. The real human being is practically totally the opposite.

The artificial intelligence with which he is equipped permits him to make the best decisions, to continue as what he is, a robot with human appearance, an autonomous and perfect machine, far from humanity, declaring himself, NON-HUMAN.

The characteristic analog sound of Gozne returns, though this time it seems harder and colder, approaching the sound of EBM (electronic body music) and old-school electro. The voice, already roboticized, serious, strange, paraphrases its own language mixture of English, French, German, Italian, Spanish and Mapudungun, not so unintelligible.

Perhaps because of the concept behind the album, 4 x 4 rhythms do not abound, although this does not separate it from the root of Gozne’s work, which carries a sound with experimental characteristics to the dance floor.

Gozne is my father and knowing his musical works since always, and surely because of my metal roots, this is the album that I like most.

Composed and Mixed by Gozne.