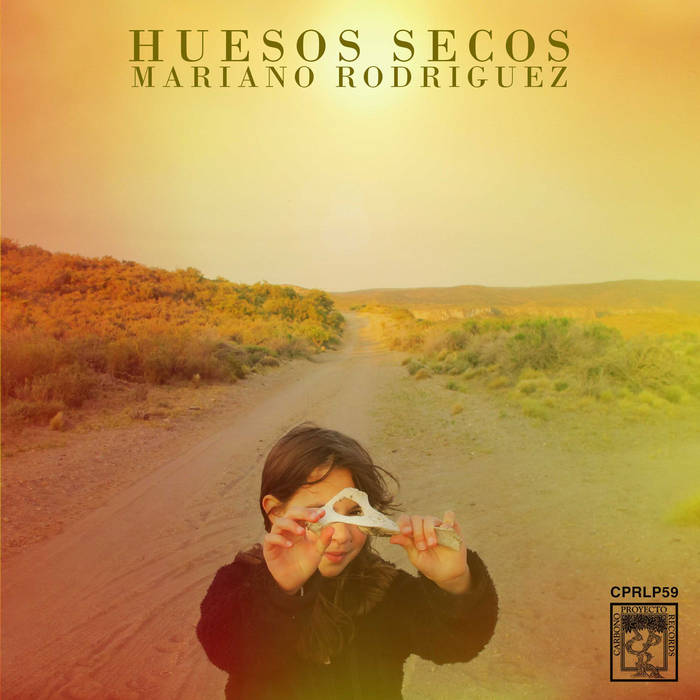 We are very pleased and grateful to share Huesos Secos (Dry Bones), by Mariano Rodríguez through Carbono Proyecto Records. The idea has been brewing for a long time now, but as we know, in our sound, musical and self-managed projects, if we have anything, it is the freedom to let the processes flow until the ideas and personal planets align.

It’s been already four years since we last published a disc by this guitar artist-craftsman-monk based in Bariloche for a couple of decades. It was Praise the Road, first edited by the American label Grass-Tops Recordings and currently available through his own bandcamp. Anyway, he frequently participates in various compilations that range from the experimental to specific tributes such as the recent one to Jack Rose, another of Mariano’s acoustic guitarists of reference.

In many ways inspired by the logic of the “American primitive guitar” (a term that designates a “transitional” genre according to Wikipedia, to which a legion of guitarists from pioneer John Fahey in the 50-60s, through Leo Kottke, Robbie Basho and the aforementioned Jack Rose until today), Mariano Rodríguez’s music does not focus on the technical deployment of the guitarist, but on the more spiritual or meditative dimension of it. And in connection with all this, although not as conditioning, of course, his deep Christian faith intervenes since his adherence to the theology of Third World liberation. Listen for example to Liberation Theology for beginners, described by him as a Christmas album.

Somehow the tracks that make up Huesos Secos synthesize the mental and sound journey that Mariano started with his family in southern Argentina. This experience was also rooted in half of his life living in Buenos Aires, forming part of different rock and punk bands, and projects with the excellent singer-songwriter Adrián Paoletti among others. But without a doubt his current music is an inseparable part of a Patagonia that he has made his own, resignifying a whole set of influences, which finally act as tools to establish a back and forth movement with his perception of those places of the Argentine interior and its story.