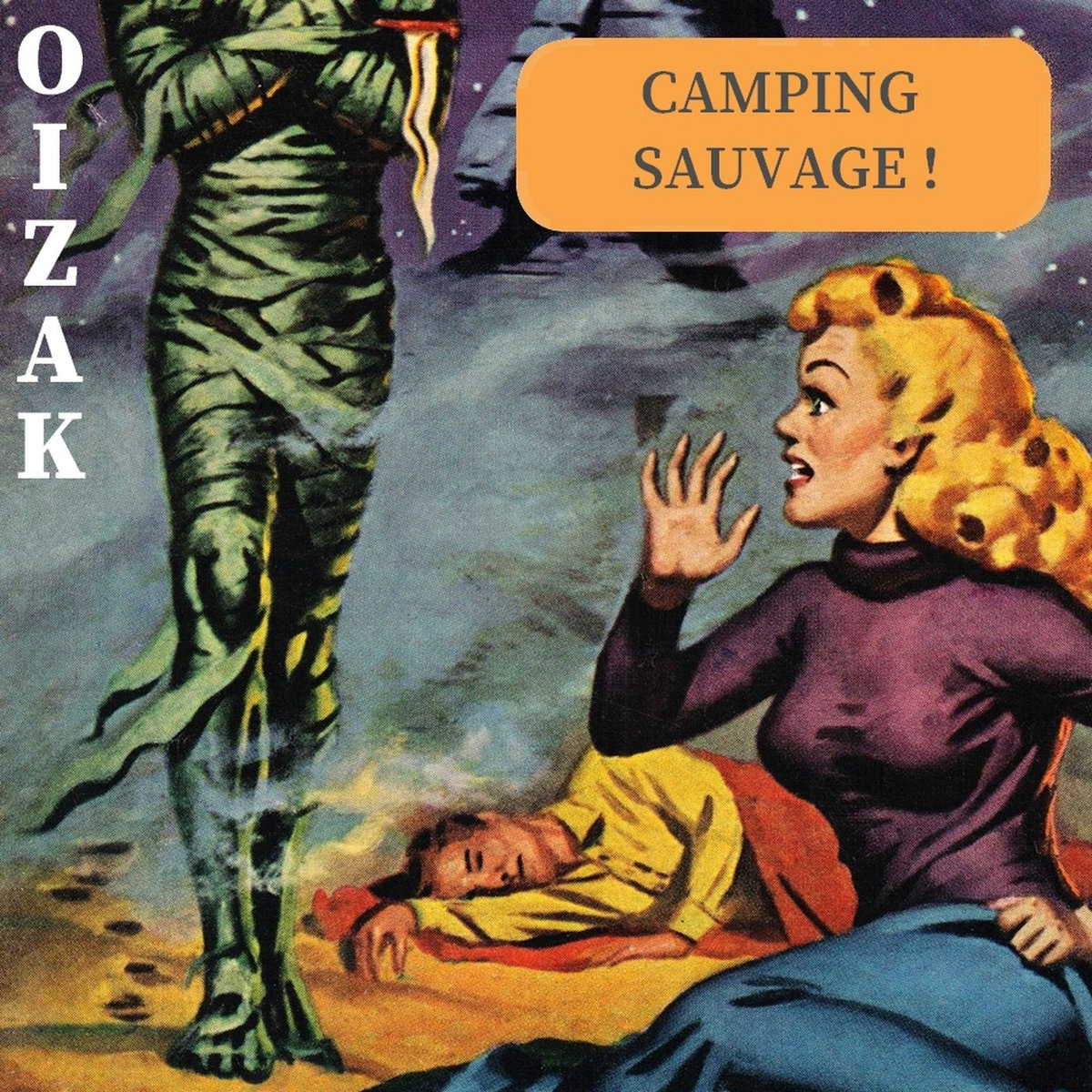 Alongside the electrified side of his music which we showcased last December by releasing “Le Ciel Rouge”, an adventurous and freeform kind of post punk and noise pop whether from his duos Red Space Cyrod, HyperSensible and Tadash or by himself under the simple moniker Cyrod, Cyrille Poumerie has been exploring since 2014 a more electronic venture at the crossroads of ambient and kosmische musik with his Oizak project. Perpetuating a taste for visuals from vintage SF comics like with the two previous records “µ” (2019) and “Cartilages Stellaires” (2020), “Camping Sauvage !” (“Wild Camping” in English) is already the 13th release of this alias interested in abstract musical narratives, an album all the more captivating for attempting to draw a rather unprecedented bridge between synthetic soundscapes, psychedelic collages and cinematographic sampling, asserting a singular aesthetic equally influenced by 70s krautrock, 80s experimental pop and 90s abstract hip-hop. After diving into drone, stellar folk, noise dissonances, motorik and some sort of bedside neo-classical music, so many influences that reappear intermittently throughout “Camping Sauvage !”, Oizak offers us 5 new mutating instrumentals where downtempo beats, dreamlike synths, decadent arpeggiators and keyboards from another time mingle with vocal and orchestral samples (“Repérage Désordonné”), bursts of freejazz brass (“Amorçage des Possibles”) and more syncopated rhythms with a chopped up groove (the opening part of “Piétinement Orbital”), not hesitating to give in to its most baroque inspiration to finally remind us of a strange crossbreed between The Residents, Tangerine Dream and Kid Koala – or maybe Trans Am, Boards of Canada and 80s Morricone – without the avant-garde aspect ever taking over the cinematic impetus and delicate breathe of emotion. Not to be missed !
credits
released March 29, 2022