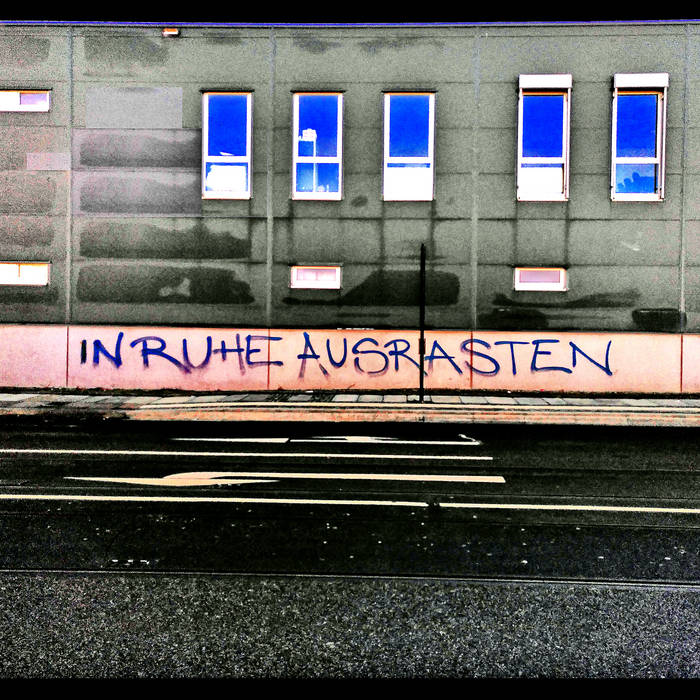 nad labem, Czech for “on the Elbe”. This is the suffix to the names of some towns that are located at this river on the Czech side. For the trio around the Dresden musician David Friedemann, nad labem also names a place. The one from which his music could emerge, perhaps even had to. It is closely intertwined with his person, the time, and the places (of its creation). nad labem: A fateful place in the best sense of the word, whose vibe constantly resonates through all actions, crafting, and rejection, like a basic tone and ultimately gives the music its peculiar mood.

And it is indeed unique: the vocabulary of Indietronica and Electropop is just the starting point for a sound that seems to get along without references as if it had been created in a valley of the unsuspecting. Bulky grooving beats, well-dosed synthesizer sounds, and clear, direct vocals are the predominant elements of the music. The picture-rich but always encrypted German texts contrast excitingly with this clarity.

While working on the album “IN RUHE AUSRASTEN” the very personal solo project of David Friedemann, also known as the drummer for the Dresden bands Planet9, ne:o and menkenkes, has grown into a trio. Together with the musician friends Friederike Pilz and Marco Sebastian Christ (ne:o, Shortcuts, The Cream Canteens) he worked on his song ideas in 2021/22.