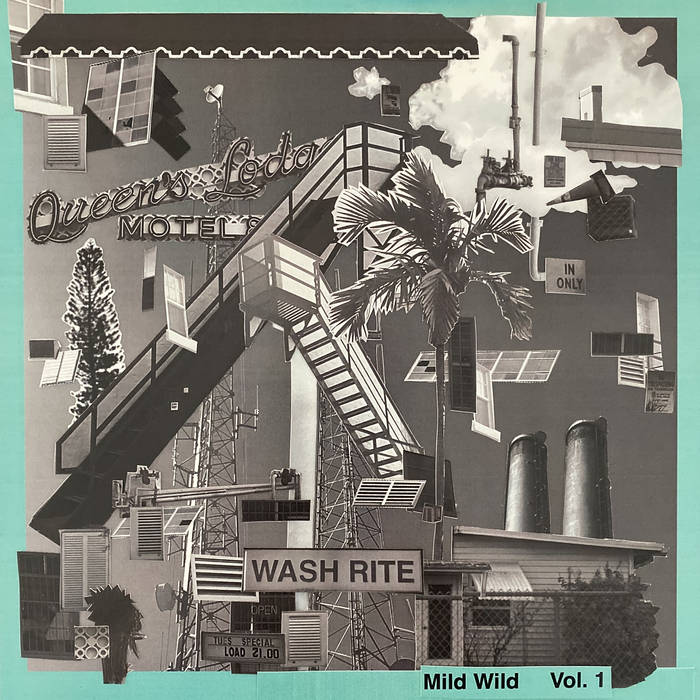 This music is written and recorded quickly to capture the emotion of the moment. It’s lyrics are mostly taken from stream of conciseness and short journal entries. Some sections work to tell a story while others are content to depict abstract thoughts and feelings. The songs contain themes of selfishness, youth, consumerism, relationships, pollution, drug use, duality, religion, and employment to name a few. Although it is up to the listener to take away whatever messages they hear.

The project has been a work in progress since 2018, picked up when it felt right and not forced. All 12 songs were recorded to cassette tape using a Tascam Portastudio. Guitars, and ukulele make up the majority of the instrumentation but banjo, synth, harmonica, and bells can be found throughout. In place of traditional drums found objects and small percussion have been layered and sampled to build a backing rhythm. While tracking a variety of guitar pedals were placed in line to manipulate the sounds. Nearly all of the vocal tracks have been run through a “Hall of Fame” reverb pedal and very little post production work was done. Vocal doubling and hard stereo panning aim to give the tracks a spacious and ambient feeling. Each track is different but the methods used to capture the audio give the project unity.

Mild Wild has taken it’s influences (both sonically and visually) from the writer’s experiences and upbringing, many of which are subconsciously sourced. However some artist that have directly shaped the direction of the music include The Beatles, Kool A.D., Mac Demarco, Pavement, The Kinks, Stanley Kubrick, Wes Anderson, George Orwell, Ansel Adams, and Vincent Van Gough. Although that list could be much longer with more self reflection.

Mild Wild creates music not for profit but to share a brand of creativity that is truthful. All the songs included in Vol. 1 are free to download and use however others may see fit. The music is licensed under a Attribution Creative Commons. The hope is that the sounds when set free will organically find their way into other creative places.
credits
released April 20, 2020