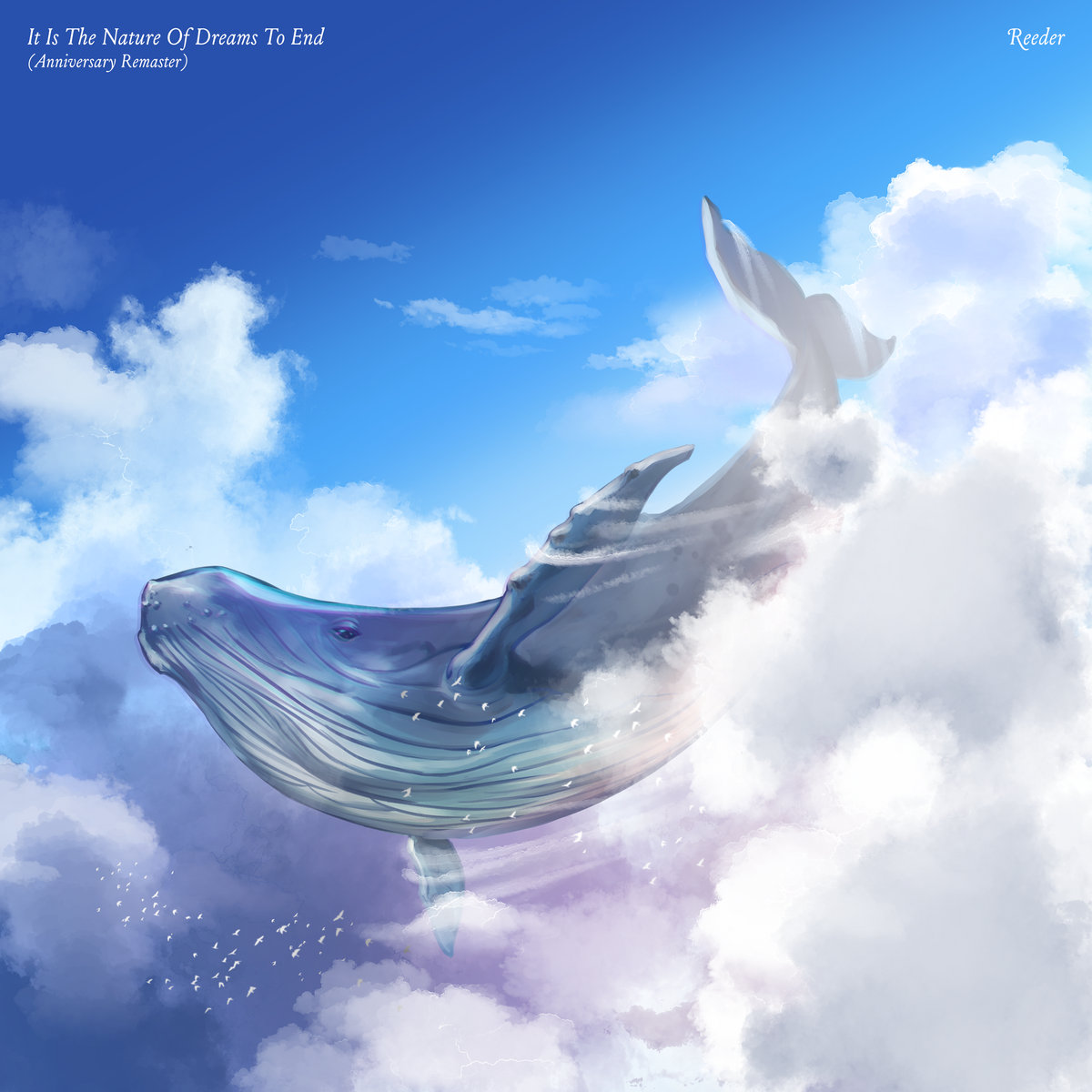 “It Is The Nature Of Dreams To End (Anniversary Remaster)”

Notes On The Artwork:

As you’ll read below, the original name and artwork of this album came at a pessimistic time of my life. Five years later, I decided that the whale deserves another chance to fly.

A Letter From The Composer:

After a decade of making music I didn’t think I’d write another album after this one. At least, not publicly.

In 2017 I was kinda miserable. It was my first year as a full time teacher, which was a source of an incredible amount of stress. I was living on my own for the first time, making just enough to pay rent and my bills, in a tiny little apartment I have since come to refer to as “the shoe box”.

The thing with teaching is that it largely obliterates your spare time, if you let it – and gosh was I letting it. I didn’t foresee a future where I could continue doing that work and also have music as a quasi-professional pursuit on the side. There simply wasn’t enough time.

To quote a certain supernatural whale in a video game…

So I went about figuring out what an album would look like. I’d only written one in the past – a daft little thing called Wednesday I wrote when I was an even more miserable university student who’d just discovered brickwall limiting and was listening to too much Ben Folds. I thought if I was going to stop I should at least stop on my own terms and put a capstone on the whole thing. I reinterpreted and renamed some older pieces (Time, Relic, Home, Owl Temple, Theme For A Friend) and wrote some new ones (Farewell, Castle Gate) and also for good measure snuck in that one piece of mine that had actually got any traction. We all know the one and why. I packaged it all up with a collage of public domain images, put it out into the universe, and stepped back satisfied that it was over.

That didn’t work out, did it?

2022 marks a decade of being Reeder, and five years since this record, so I thought I’d finally get around to mastering it. I kinda skipped that part the first time around because I didn’t really think anybody would listen and people mystify the mastering process so much that I thought I wouldn’t be able to do it justice. Now, with five more years of production experience behind me, I finally feel confident enough to go back in and finish Dreams.

I am unfathomably grateful that this music has reached the number of people that it has, and continues to. I’m thrilled that it has found people’s hearts the way I had only dreamed it would. That this only happened because of a wild stroke of luck and one person with a large audience is not beyond me.

All pieces composed or improvised by Reeder.
Engineering by Reeder.

If you enjoy this music please consider sharing it.