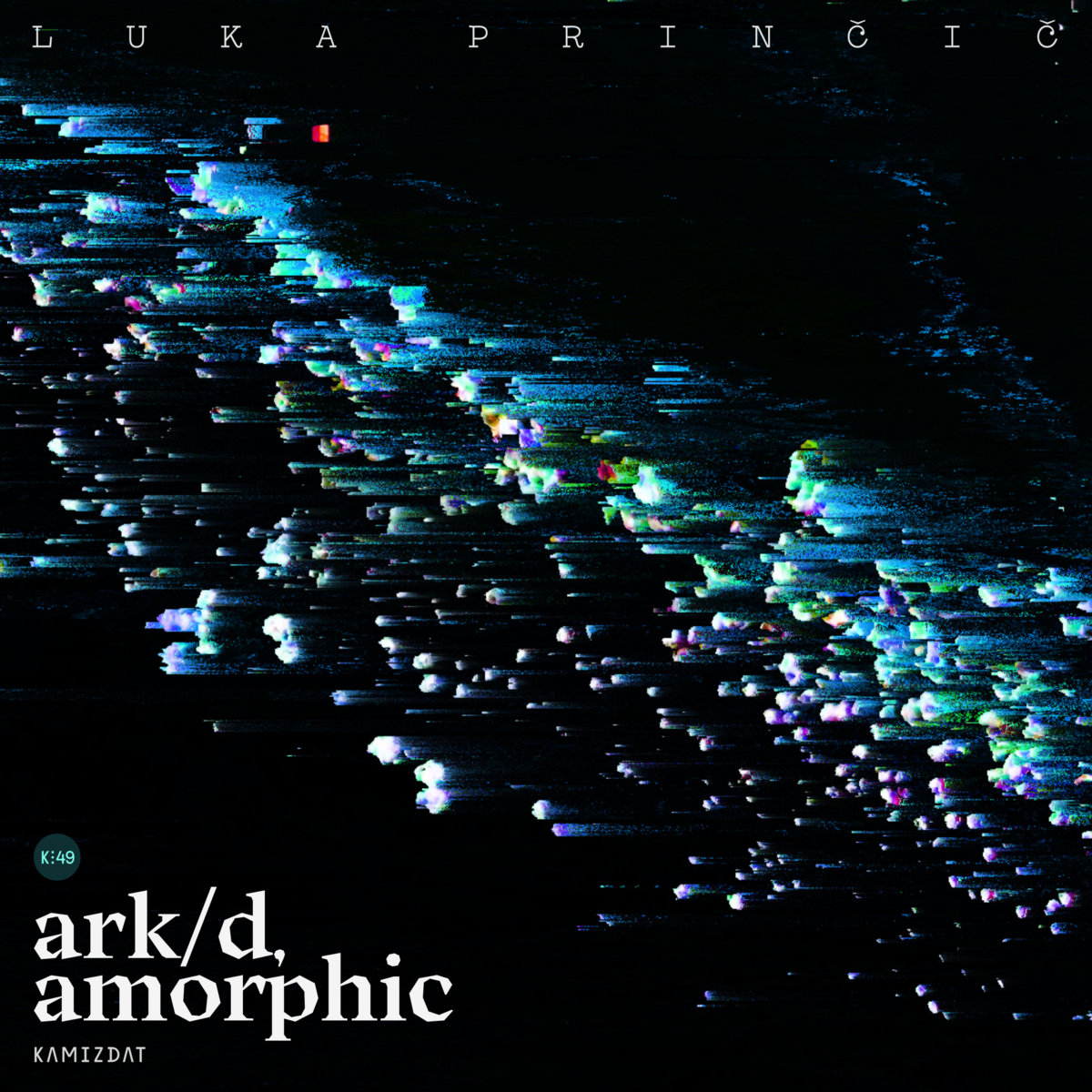 “an uninterrupted journey of purely computer music, which moves through diverse sonic fields and eavesdrops on the darker aspects of contemporary human condition”

The newest work by the Slovenian intermedia artist Luka Prinčič, the continued piece ark/d, amorphic is somewhat minimal, but a complex composition and an example of computer music in the new decade. With SuperCollider and computer programming Prinčič has managed to use various sound-generating algorithms to form a lengthy non-linear sound story. Searching for the amorphousness in the absence of form, he programmed the sound generators and transformations using the programming language like a loom, sewing the code into repetitive pulsations and ambiental scenery that eavesdrops on the darker aspects of contemporary human condition.

Deliberately in small initials, the title ark/d, amorphic alludes to a minority philosophy that seeks a world in the shadows of the spectacle and activates against the domination of the majority and the megalomania of post-objectification.

Source code to album is published free under conditions of Peer Production Licence – available as bonus material in the download, but also currently on this link: git.tmp.si/luka/ark_d.amorphic/src/branch/master/ark_d.scd