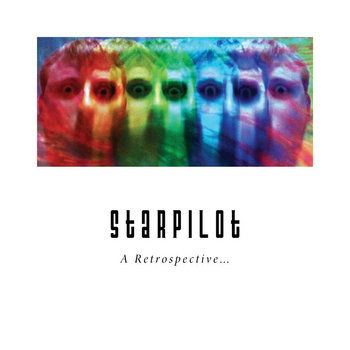 On July 6th in 2012 TWG opened its doors with ‘Ragged Smile’ by Starpilot. Mixing elements of psychedelic rock, progressive experimentalism and post-punk, Starpilot crafted a hugely infectious mix of chiptune and indie that to this day, over a year later, still stands proud as one of the greatest releases we’ve put out. It cemented TWG’s ideals in one fell swoop; chiptune experimentalism, the new and the old entwined both through instruments and stylistically.

As such, owing the great talent for both an explosive launch title and his continued moral support, it was with a great deal of bittersweet sorrow I greeted the news he’d be moving on. Following the release of ‘Yesterday’s Tomorrow’, his final collection of new material under the Starpilot moniker, I felt a tribute should be paid to his, needless to say prolific, past. A week or two later and, upon his request, we’ve curated down nearly three years, twenty releases released by multiple labels and countless compilations into a single, 17 track solidified statement and testament to the huge talent this incredible artist holds; a small example of why so many will be sad to see his absence.

Not everyone’s favourite tracks will be present, and not every release is covered, but as a manifesto of a hugely active artist this Retrospective hopefully does him proud. For the fans already; enjoy revisiting the classics along with some more hidden stuff you may not have heard before. To the first-timers; enjoy the journey in which you’re about to embark!

Tracklist:
01. Magnuatic
02. Doing Summersaults Inside My Skin
03. Gnarl
04. Stolen Halo
05. Riposte Bombardment
06. Smear Peanut Butter On The Edges
07. Living One Vibrational Energy
08. Nomad Planet
09. Cranberries Make Strange Bedfellows
10. Thou Shalt Not Let Thy Nook Forget Thy Cranny
11. As I Stumble Through Your Autoexec Batch Groove
12. Vailixi
13. The Heart Is Telepathic/In-Q-Tel Noise
14. Only Sickly On The Outside
15. Strawberry Fractal Seed
16. Adrift In Foreign Circuitry
17. The One Thing You Cannot Replace

Awkward Geisha – Shadows of the Shepherds: A Brief Retrospective of 2017 Works