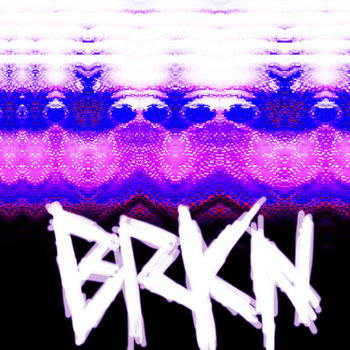 What if Megaman soundtracks were written by Zan-Zan-Zawa-Veia? Seemingly hell-bent on finding out the answer to this, AutoReMi-PK’s TWG debut, ‘BRKN’, goes to great lengths to be a blinding mixture of experimental esotericism and melody-driven pop-esque hookery, and the evidence to his success is here in abundance.

>From the epic space swoons of ‘Subroutine Traffic Stop…’ to the manic energy and dissonant beauty of ‘Dys4-1A’, every inch of ‘BRKN’ is stylistically eclectic and robust, melodically affecting and compositionally complex. Where ‘BRKN’ excels best is its ability to mix those heart-rending melodies into vigorous and rewarding compositions. The melodies of ‘Rules and Regalia…’ call into mind the heydays of Bit Shifter, ‘Requiem (Our Stolen Future)’ ends with soft but emotively poignant sweeps of motifs, and ‘We Never Sleep/Artemidorus’ moves from crunchy experimentalism into a melody that defines the term ‘tearjerker’.

‘BRKN’ is an album as well as a journey. Every track slips into the next as a continuous piece and the effect is infectious. A consistent aural and emotive assault, every turn and shift as unforgettable as the preceding, every arp brimming with emotion and every passage a piece of compositional masterpiece that ticks the boxes of both rational talent and emotive creativity. Those who have already decided their albums of the year may have been slightly pre-emptive; on his debut, AutoReMi-PK has already solidified his place as an incredibly talented composers, and ‘BRKN’ as one of the scene’s best offerings in some time.