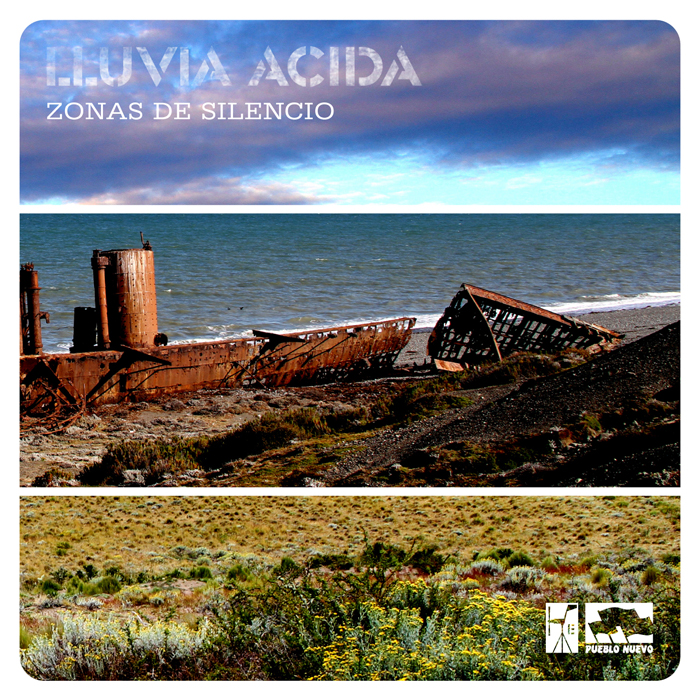 “With Lluvia Ácida, we have been making music together for 20 years, always from the Chilean Patagonia. In the beginning, in a context absolutely dominated by Rock and folklore, we made music inspired by the bands that we liked, all European and born of urban and industrial environments. Over time we understood that we had our own environment to inspire us, one in which technology is implemented in wild and lonely places, creating a contrast that is increasingly scarce in our country and the world.

“Zonas de Silencio” (Zones of Silence)” is the result of one of these adventures. This consisted of moving the act of Composing and Recording an album and a film outside the comfort of the studio, carrying portable technology to remote locations and abandoned premises of our environment, specifically in the communes of Punta Arenas and San Gregorio. In successive outings between the months of January and May 2014, we managed to record improvisations in places as dissimilar and evocative as a volcanic crater, a steamer rusting on the banks of the Strait, an abandoned lighthouse, a small and little known ranch, the structure of an old fridge, a coal mine, a beautiful cinema closed for more than a decade and a closed hospital. It was our way of merging ourselves with the landscapes that we love, in the shadow of the remains that were left at the edge of the Road of the Magellanes Story.

With “Zonas de Silencio”, we feel that we have contributed another vision of our Frontier Society, one which doesn’t glorify anyone in particular. We are only Ourselves and our Machines, forming a closed circuit but sensitive to the vibrations emitted by the solitary places.”