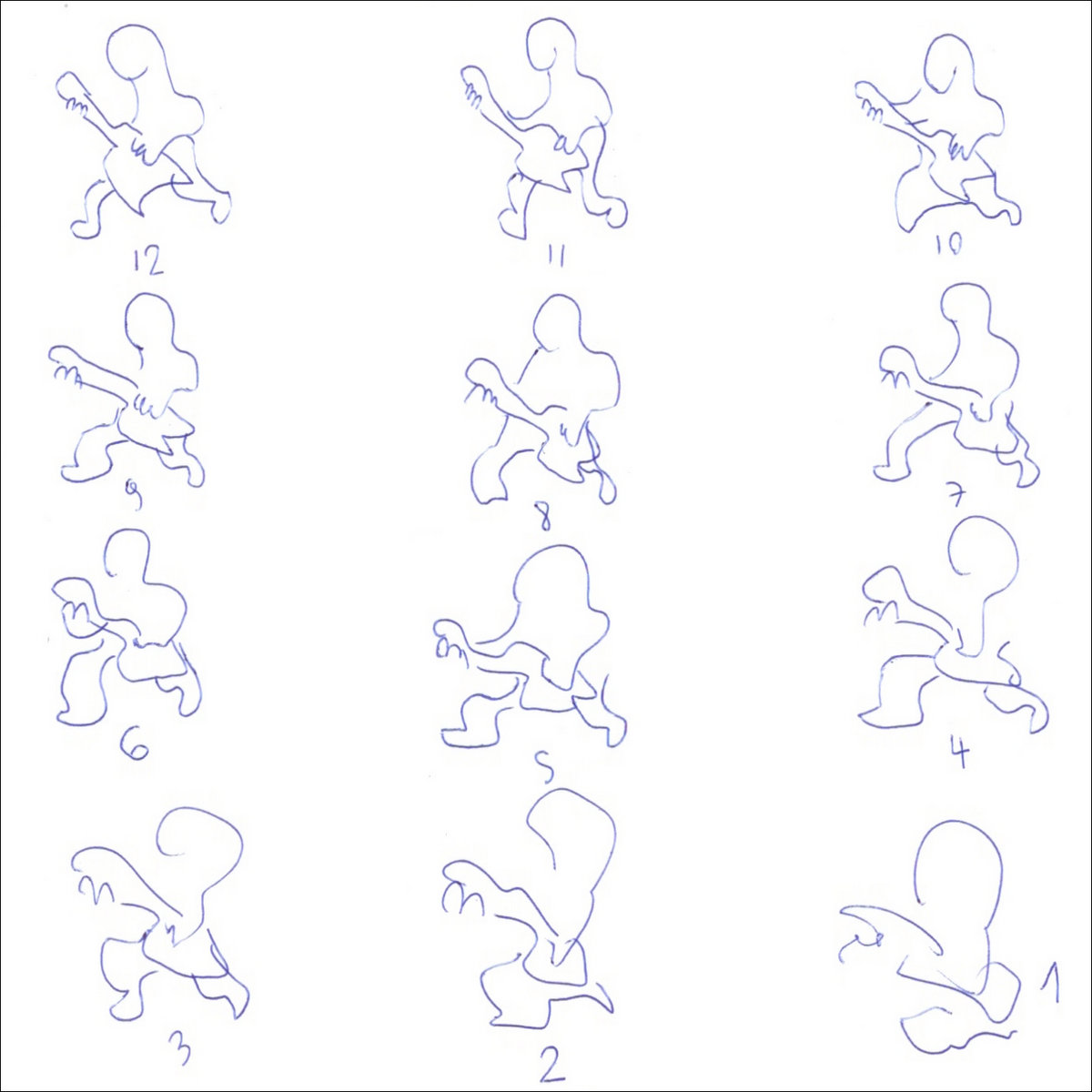 “Reliefless” is a 4th album by Deftechnixks, an experimental rock unit which employs different rules, strategies and approaches to their every album.

This time, Deftechnixks decided to explore repetition in rock music, by releasing 12 songs, each based around repeating the same motif over and over again. The result, however, is far from boring! Each consecutive song is constructed from increasing number of notes for each instrument, thus for track 1 there is a 1 note motif for drums, bass, guitars, keyboards and vocals, for track 2 each consists of 2 different notes and so on, up to 12.

Instead of being monotonuous, the melodical,rhythmical and production choices make it a fun listen, since Deftechnixks eagerly employs minor changes here and there, ranging from minimalistic, like occasional additional snare and cymbal hits, through very gradual, like expanding palette on “caffeine” or a “hidden” vocal track emerging in “Turn your pink eye to the sky”, purposefully leaving the accidentally doubled instrumental track on “hey bird trash double” or even straight-up demolishing one motif by overlaying it with another, creating a loopy cacophony in “Snow Shelby Over Vasenby”.

So, this is an experimental rock album one can actually rock out to, and at the same time a groovy rock album that is fun to take apart and look into its interlocking parts, all put in a specific order.

Enjoy and worry not, since the most important rule is always “if any rule stands in the way to creating an enjoyable song, disregard the rule immediately!”

Jan Strach creates a lot of music in bands and solo under many pseudonyms, all of which is available here:
underpolen.bandcamp.com

Deftechnixks – At Dusk I Painted Your Lips EP