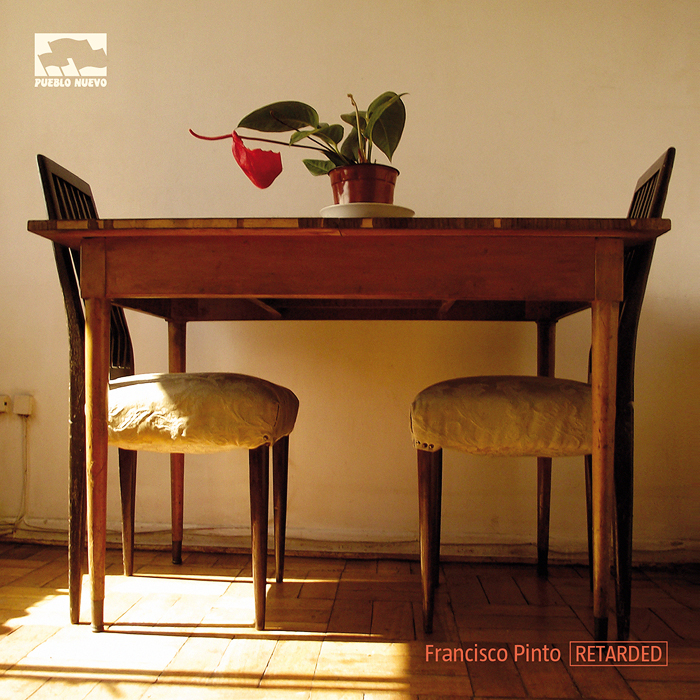 “Francisco Pinto returns to the tracks with “Retarded“, a more defined, more pop, more danceable work, suitable for all music lovers who enjoy quality pop made in Chile.

A flashback to the 80’s with sounds full of synths, highly sticky melodies like in “Los sueños (the dreams)”, with the collaboration of singer Fakuta, or “Mil Noches” (Thousad Nights), with the participation of Elisita Punto (MKRNI), Javier Barría, Diego Ridolfi and La Entrópica.

Faithfully following the national electro pop scene that characterizes us so much, Francisco Pinto manages to find his space with a sound more envelopving , taking us on this journey that we are looking for so often when playing a disc, tracks like “Time to Time”, “Spring Boy” are examples of this.

As a versatile disc, pop, retro, spaciality, and elegance are all elements that make up the formula which after long years Francisco Pinto utilized in his new work, which will surprise more than a few.”

“Nearly eight years have passed since the launch of “Boo Boo“, the previous disc of Francisco Pinto. And though that may not mean much in more purist genres, in electronica and on the dance floor it’s an eternity. In 2008, Pinto fit perfectly with the trend of the time, which was looking with admiration to the time that disco music turned from the orchestras to the synthesizers, without losing the sense of melody, the chorus, and the hooks. On this path singer / composers as diverse as Fakuta and Javier Barría accompanied him.

Jump to 2016 and many of his local colleagues, and those around the world, have drifted away from melodies to emphasize the rhythmic or the atmospheric, through concise and reduced releases, born of the times. Because of this, Retarded, Pinto’s new album, seems a strong declaration of principles. It not only has 14 songs – longer than even many LPs of today, but it also does not move the focus a single millimeter from his need for melodic expression, no matter what happens with the rest.

Still more people accompany him here: in addition to the same Fakuta and Barría, other names appear from the local pop scene like Elisita Punto (the voice of MKRNI), Deplasticoverde and La Entrópica. He accompanies himself, either with his own voice or through a vocoder as well. In sound, the references remain in the period between 1975 and 1985: space disco and synth pop. Music that can function as much on the dance floor as at home, a task that much electronic music not only fails to seek, but which it could hardly achieve.

Retarded is a timeless and effective album.”