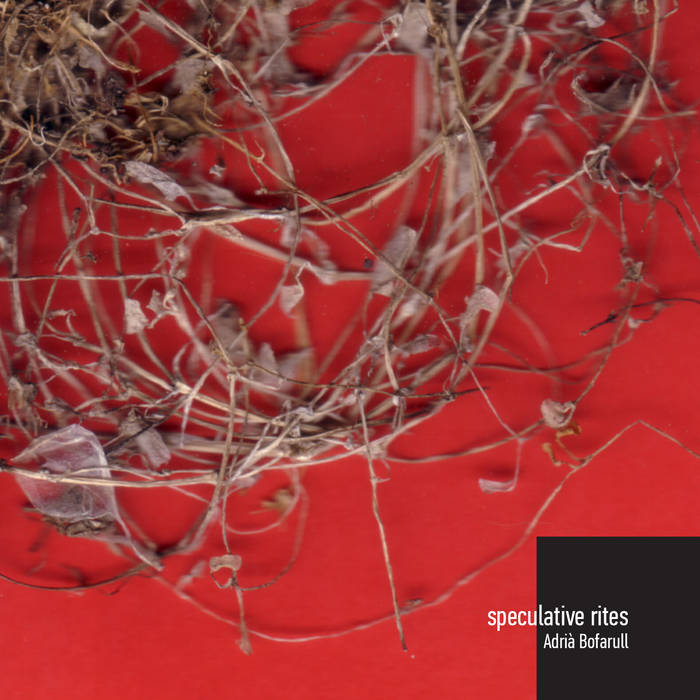 Some of the titles of this work refer to different stages of the evolution of human consciousness as well as general concepts of the new stream of thought known as speculative realism. In some cases these ideas have defined the structure and character of the compositions.
Thus, Object Permanence explores the sound field produced by a small group of children playing in a closed space with different materials (wood, metal, cork …) with a particularity: of the collected original samples, all sound evidence of the presence of the children (voices, etc.) has been eliminated by selection of fragments and cuts of frequency; the resulting material has been sampled and touched with the intention that the objects appear in the piece to float by themselves. The title refers to the phenomenon according to which children of early age do not have a clear conscience of the independence of the object with respect to themselves. That is to say if they are not seeing or touching the object they do not conceive its existence. This is the one shown here released from any human trace.
Reflex Schema Stage works like a stable mechanism in which sudden appearances produce variations in the original scheme, always changing but of static appearance.
Semiotics points to small tonal nuances as the last referential link of a discourse that needs new dialectics in its relationship with the nonhuman.
OOO is the acronym of object orients ontology, a school that flees from the anthropocentric view of post-Kantian philosophy and claims a more balanced view of man with respect to his immediate environment.
Primary Circular Reaction and Cognitive Skills also refer to aspects of the awakening of consciousness to its environment and to its resources and abilities to relate to it.
In no case does this work pretend to be an exhaustive study of the questions that it poses; these are simply the backdrop that has suggested and motivated some of the compositions that it contains.