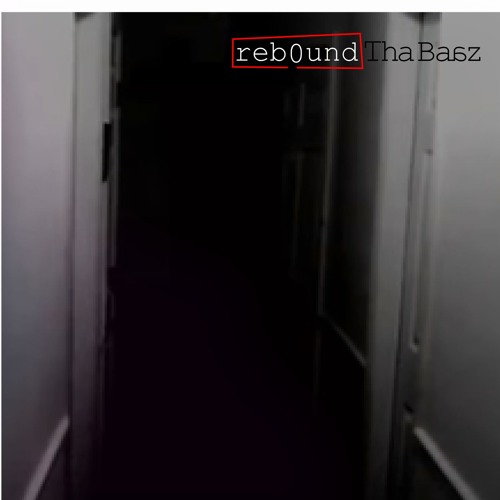 ThaBaaz was born in 1974, classical studies of percussion instruments and acoustic drums, disparate musical interests: from dodecaphonic serialism to minimal electronic and to the IDM, just to expose only a few. His latest project, the most articulated, is entitled -reb0und- , it’s a concept album, year of creation 2008, 59 minutes of frequencies collected in 2 Suites respectively of 4 and 3 movements, 13 tracks; “an ascent in the disturbed darkness from fragments of noise “.

The work evokes a “system” at its last stage in fast introversion, the disruption is massive, directed to the chaotic darkness, to the cold disorder towards the “non-human noise”.

The solar and luminous scenarios of the 2 movements of the first Suite curve and slide rapidly into the deep “interior”; the “musical form” that we had known so far is running out; we are at the end of “music” (in the broad sense of the term) heading for an authentic solitude of bright dazzles in nocturnal and deserted isolated, non-systemic, atypical highways.

The second Suite invades the soul: the existential fear is director, places the audience constantly on the edge of a chasm, dissolves the last “fragments” of the “conventional” themes at the beginning and separates them, dissolves them in Larsen of frequencies strongly destabilizing.
The Metaphysics is the central theme of Suite II, we try to “portray” the inaudible sound spectrum, we try to recreate the “end” of every tangible empiricism; to this complex task we use sound generators, krell patches, collages (samples) of contemporary (musical genre) and what transcends the traditional and academic: structure, melody, harmony and metric they are almost totally “informal”.

ThaBaaz in -reb0und- inserts and “deforms” short phrases and solos (woodwind, violin, piano) taken from works by important exponents of contemporary music and avant-gard of the ‘900 (Pierre Boulez, Edgard Varése, Igor Stravinsky) with these ” citations “stands out, beyond the importance of innovation of such masterpieces, the multifaceted contribution to music in all its expressions; importing them in “foreign” contexts and distant from their origin (virtual modules, oscillators and automatisms of envelopes) are colored by oppressed and gloomy tones that we could approximate to those of the dark ambient genre but not only, can be identified (in the whole album) serialism (musical current) that translates into these generic guidelines: avoiding repetition and symmetry at all structural levels by working with a limited number of compositional elements for each musical cell (in the piece). This in order to synthesize and label, describe in a few lines the supporting columns of -reb0und-.

We need the “tradition” of the avant-gard itself to search for another.

The work does not present rhythmic and percussive lines, only in 2 pieces we recognize some measures in sinusoidal pulsations, this almost total “rhythmic absence” has “freed” the time from the usual role and task of metric and timbral constant, repetitive, “symmetrical” quantization “.

Using an exquisitely didactic vocabulary: the crown, the breath; the almost absolute absence of timbral pulsation reiterates itself emphasizing, emphasizing the incessant sound disruption that takes place in the succession of the two Suites before the listener.

Last but not least, the final mastering part was followed with “meticulous” attention by Kill KRT (friend of the author of -reb0und-) who tried to “accelerate” some “dissonant” color both on the timbral dynamics and on waveforms.

>From the “warmth” of the wave (sawtooth) to the “emptiness” of the white noise; to you -reb0und-

Have a good listen.