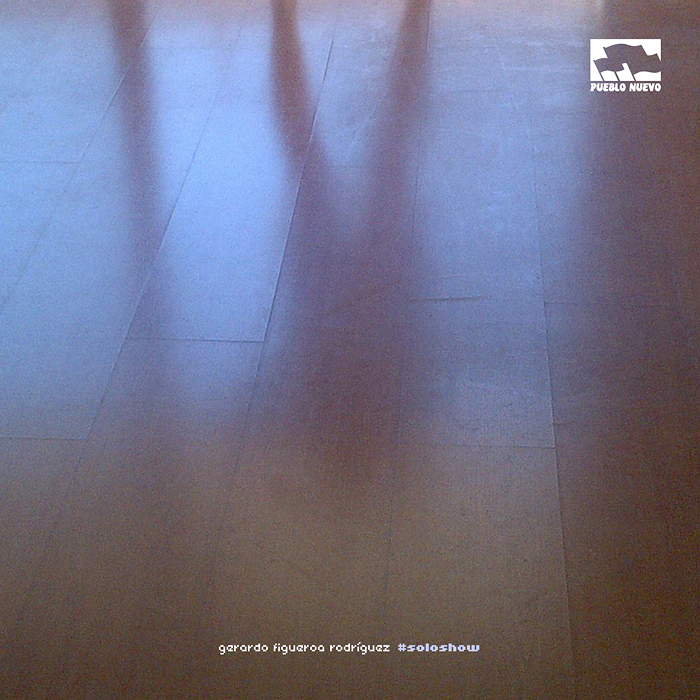 “Pueblo Nuevo Netlabel is always honored to present. This time it’s my honor -and I really mean it- to present #soloshow, recorded by the very talented Gerardo Figueroa.

The story begins when Lorena López Araya, Chilean artist based in Villa Alemana, gave Gerardo a series of audio files containing readings of poems of her own to “do as he pleased”. This was 2016. A couple of years later, he selected fragments of one of those files and decided experimenting with them at a very special occasion: an improvised live-act in the context of a poetry festival in Padre Hurtado, where he shared his choices using a DJ software (Mixxx).

#soloshow is mainly and strictly organized around the poem, so each and every sound/noise in it is nothing but a mixed-up/looped/reversed/accelerated/paused single female voice. Volume goes up and down sometimes, speed and pitch also swing. Sometimes, words mingle in unison, becoming strange and detached, with no clear message behind.

Inside Inside Inside Inside is repeated several times, while words like hurting, crack, pouring pouring and oscillating are heard louder. Deconstructed and reconstructed verses, ordering/disordering patterns, altering the way we are used to listen to poetry. Words tend to disappear, resurfacing reversed, in seductive, odd-to-listen, hard-to-write utterances.

Sewing machines, a Ford factory with a row of ladies working, alienated; a rusty, slow truck down the countryside, an electric hammer breaking up some hard cement, a plane moving propeller before taking off, a minimal music electronic party or an Atari machine stuck in the middle of a game are some of the sounds this record seems to evoke, in seamless fashion.

It is not an easy record, this one: #soloshow is a poem turning into a sound piece, mixed and remixed using a limited amount of effects, turning prose into a journey through noise, in a deep sea, full of different textures, where voice becomes something so disparate you can’t even trace the source, a poem crowned with an powerful, alluring image: