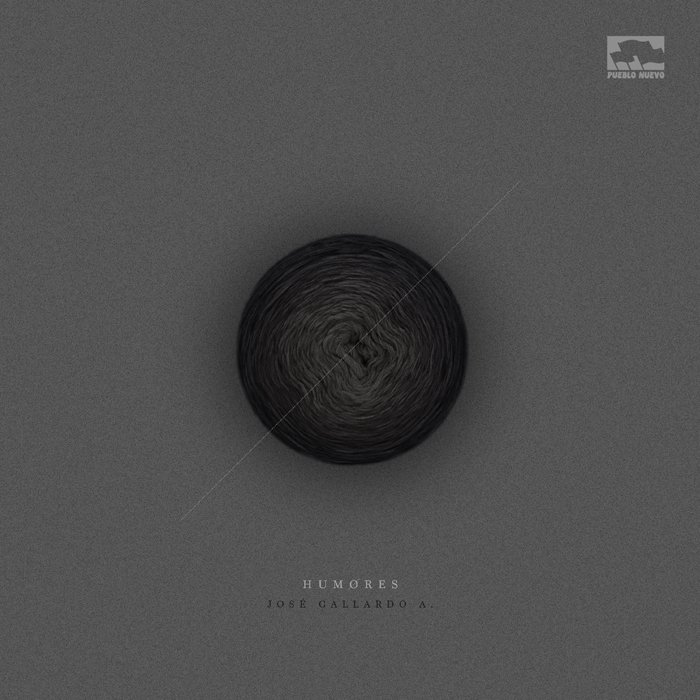 “José Gallardo launches through Pueblo Nuevo his latest album ‘Humores‘ (pn137). Unlike his previous ‘Sinfonía para un hombre solo… en su casa‘ (pn107, 2016), which exhibits the realization of field recordings as a guiding thread, ‘Humores‘ makes reference to the moods or temperaments according to the classification of Hippocrates, considered the father of medicine. It is, thus, a kind of suite that is composed of emotional representations instead of dances.

The humoral theory, in force from Greek Antiquity until after the Renaissance, comprised four temperaments: Choleric, Phlegmatic, Melancholic and Sanguine. Each one of them was associated with an organ and with a secretion of the body (yellow bile, phlegm, black bile, and blood, respectively) and health would depend on the balance between these elements. The word ‘humor’ comes from the Latin ‘humore’ which means liquid or fluid.

As a means of opening, Gallardo adds a fifth state, that of ‘Ansiedad’ (Anxiety), where music tries to connect itself with the future from the present. This is the only track on which we hear an instrument played in a traditional way or without being deconstructed, the Saz of the Middle East, and from this material is apparently also extracted to create adjacent sounds.

Predominant in this album are rough textures, carefully agitated sounds obtained by microsampling – often treated in a granular way, and cacophonous conglomerations, almost always in counterpoint with their opposites, as in the game of resonances and punctual sounds of ‘Melancolía’ (Melancholy). The last track, ‘Sanguíneo Pasional’ (Sanguine Passional), is divided into two very clear moments, the second of them based on a calm drone that brings peace or, better, balance, to close ‘healthily’ this interesting set of music.”