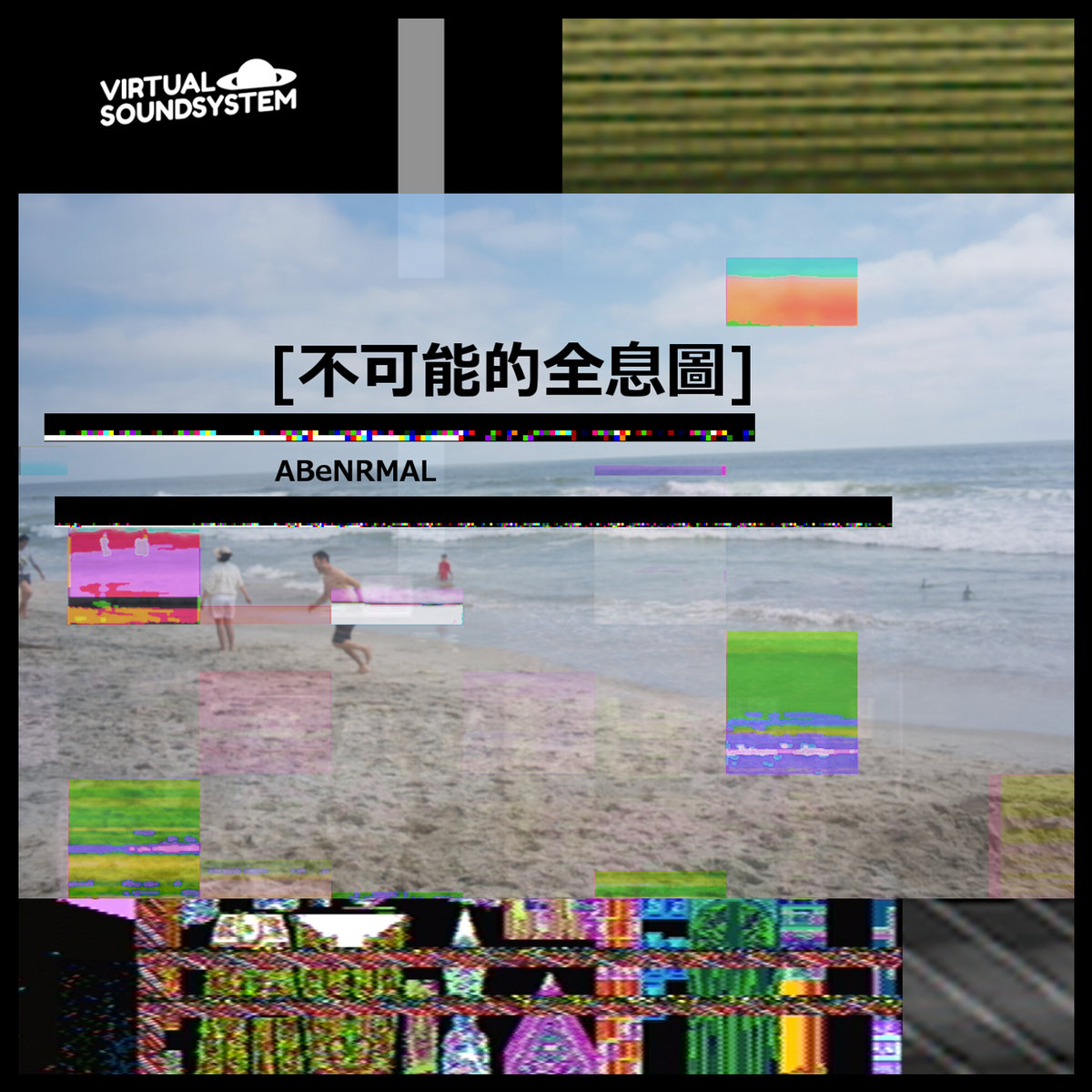 abenrml is back to Virtual Soundsystem Records with another experimental LP, a monolith of noises and weird sample manipulation ideal for plunderphonics and noise fans.
Enjoy!

“This album is… dense. There are many layers… like an onion! The title [不可能的全息圖] (roughly: “Impossible Hologram”) ties in thematically with some of the samples, but also the concept of the album itself. The relation of the tracks to one another, and the way in which much of the sonic landscape was generated. In that sense, the music is a kind of metaphorical hologram. It is centered around track four, both literally, and figuratively. This is a very old recording I made, from perhaps as early as 2013.

It would not be easy to create this with anything other than a computer. In many ways, this is a thematic follow up to my earlier album, [在常情節中找到自己], (or: “Finding Oneself in the Routine Plot”). However, it is also an effort to bridge the gap between my earlier “career” as a noise artist, many years ago. At that time, I was very interested in the idea presented in the album Zaireeka, by the Flaming Lips. Taking a track from that period of my discography, and making an homage of sorts, also blending it with my current influences is what has resulted in this collection of recordings”.