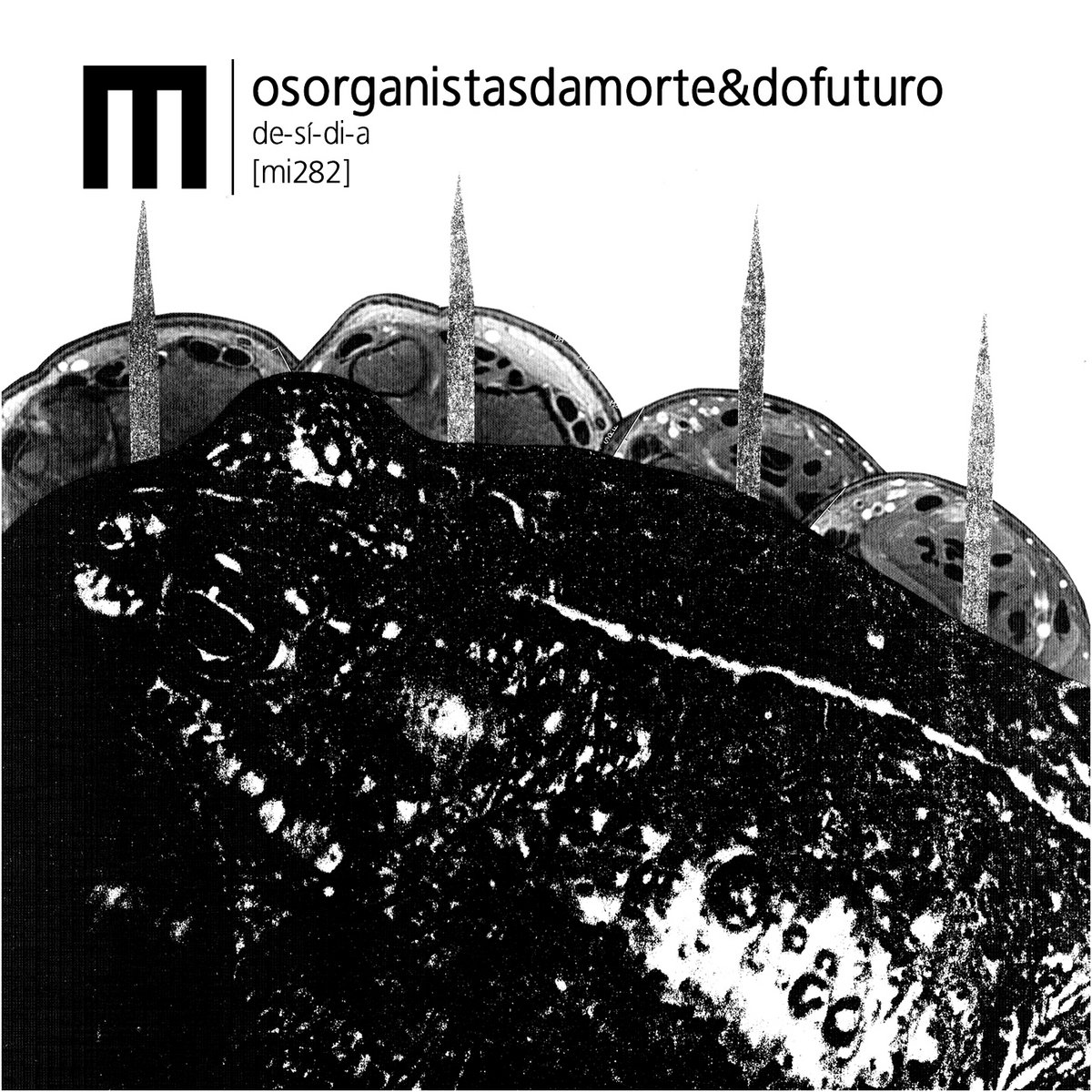 The evermoving premise of osorganistasdamorte&dofuturo puts the obvious frailties of the human psyche bare. In one of his most iconic dialogues, Rustin Cohle shoots: “I think human consciousness is a tragic misstep in human evolution”.

This is the strongest thesis of dialogue, but it is not the only one. The second affirms the unfortunate result of this same consciousness: the notion of an “I”. Finally, the solution: the denial of programming towards extinction. It is within this notion of “nightmare of consciousness” the three tracks of de·sí·di·a live in.

However, the solution pointed out rather goes through a state of emotional anesthesia, that is, to be located over or on the margins of the process which transforms sensation in emotion. The continuous drone contributes to the effect as does the ongoing confusion of delays, obscured voices and various environmental electronics notes. Rhythmic elements are identifiable but are always subdued to a wall of sound reminiscent of the best noise “tradition”.

This constant imbalance between an oppressive background and fleeting emersions of rhythm or melody are dialogues somewhere between death and future, breaking the barriers that define one or the other. It is in the domain of the strange and the shapeless that de·sí·di·a is installed as the last stronghold in the face of the inadequacy of consciousness to which Cohle alludes: sufficiently developed to install a reasonable certainty of doubt, but forcefully and permanently insufficient.
Filipe Adão

Wisdom of the trees – Fleeting is the time

Wings of an Angel & Tziona Achishena – The Dialogues Of Longing