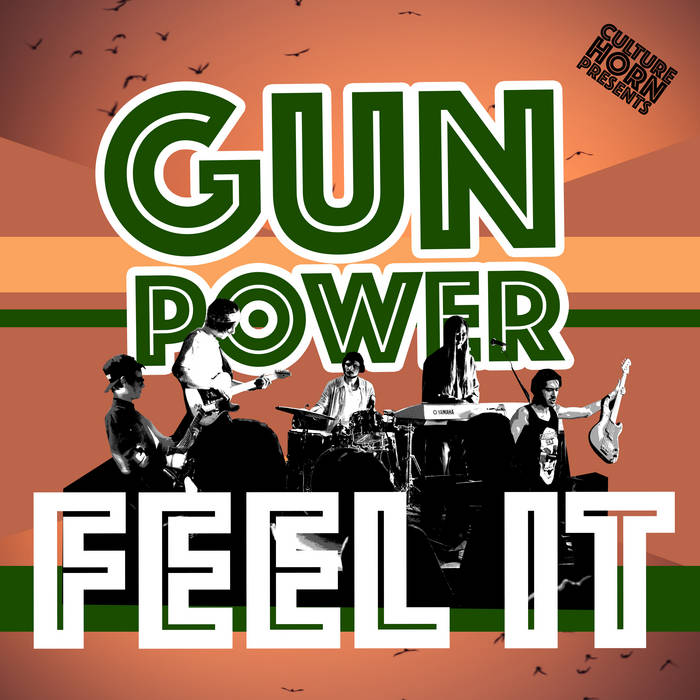 Gun Power is a music band from Moscow. Nevertheless, the band was born in Thailand in 2017 by travelling musicians, who were playing in reggae bars all around Koh Samui and Koh Phangan islands. After returning to Russia, they decided to keep groovin’ together and that’s how Gun Power was founded.

In 2019 Gun Power started working with Culture Horn Sound System, recording compositions that the CHSS team worked on. Later the same year, the band started to experiment with the sound, making improvisational concerts, playing over with jazz, dub, funk, instrumental “chillrave.” In 2020, as a result of the pandemic times, the band was reshaped. But despite these changes, Gun Power is still working on events and a studio album.

This release is the result of their collaboration with Culture Horn Sound System and includes two songs and two dubs, following the format of all the releases of culture horn. The first tune is a rework of the classic anthem of Althea and Donna in a discomix style, while the title track Feel It is their first song ever released, written in a lovers rock style. Both tracks are accompanied by the obligatory dub mixes

Culture Horn ft. Madi Simmons – I am a Rootsman

Aza Lineage & Culture Horn – I Give Thanks