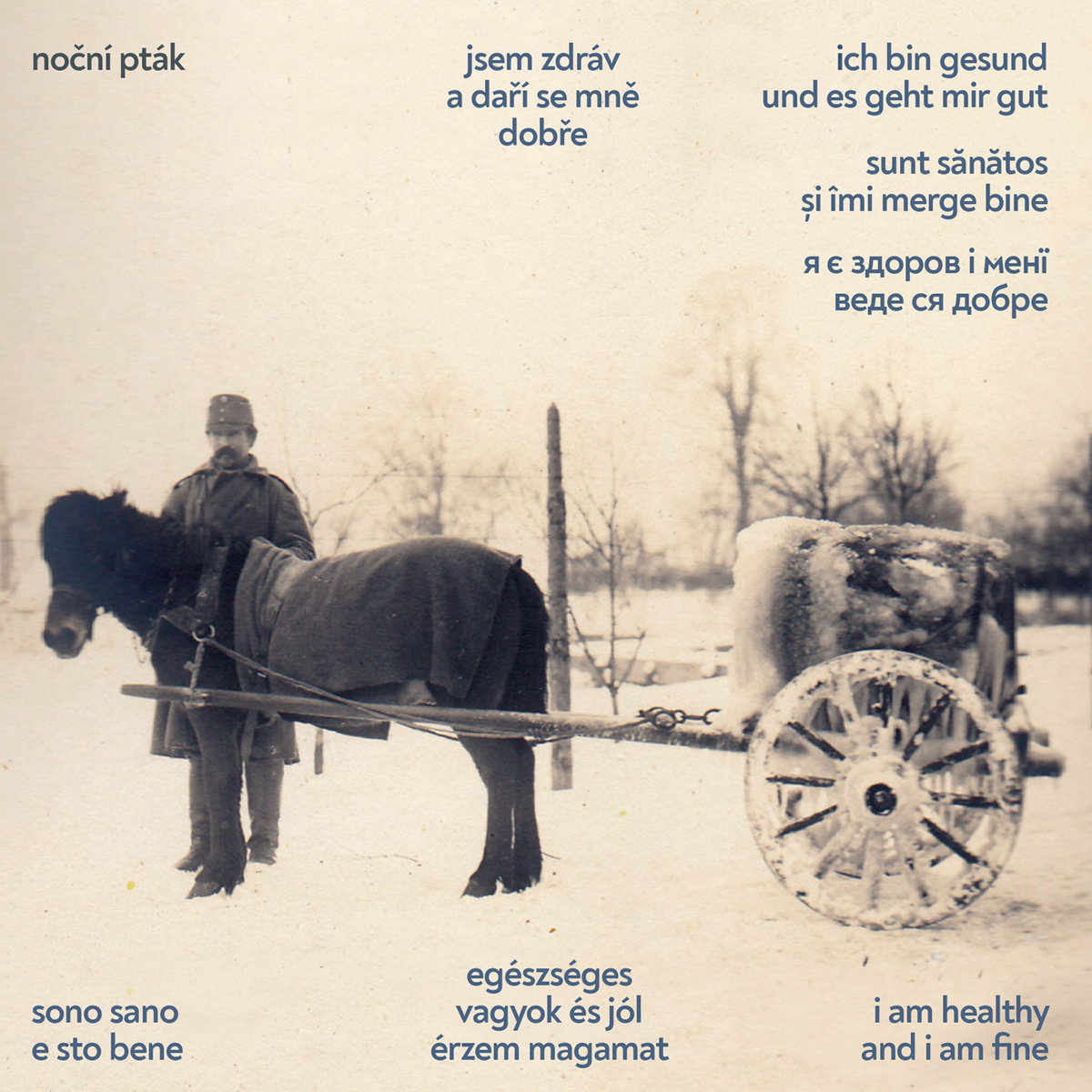 The original tracks (guitars, drums, voice of Štěpán Pečírka, cyclophone, Romo T57 and steel spring) were recorded live during rehearsals (1-5) and concert (6, 7) of Noční pták in Albeř, August 2019. Instruments marked * and Radka Fiedlerová’s voice were added in 2021.
nocniptak.cz (in Czech and English)

Noční pták (Nightbird) was formed ten years ago as a project of Luboš Fidler and Zdeněk Konopásek. Luboš Fidler is one of the most important and uncompromising performers of the Czech alternative scene. As a bass/acoustic guitar player, he was founding member of alternative rock groups of 1970s and 80s, such as Stehlík or Švehlík, he played with MCH Band, Kilhets etc. In early 1980s he was involved in the minimalist-experimental trio Janota-Fidler-Richter (together with Oldřich Janota and Pavel Richter). Zdeněk Konopásek was drummer of the early and late 1980s band Dvouletá fáma. He also played, e.g., in the Dr. Konopný Quartet (together with Joe Karafiát, Jan Štolba and Radomil Uhlíř) and also collaborated with Oldřich Janota. Currently he is involved in theatrical-musical performances of Divadlo Vizita and, as a second drummer, in the band Fish, Flesh, Field & Henry $. Occasionally, he plays solo on his drum set. The two are joined, in recent years, by a “permanent guest” Štěpán Pečírka (Vyšší popular, Kolotoč theater, Richter band).

The album “I am healthy and things are going well” is based on live recordings from rehearsals and home concert that took place in summer 2019. These recordings were revisited and reworked into original compositions by Luboš Fidler in early 2021.
Fidler explains the title of the album as follows: The phrase “I am healthy and things are going well” (or: I am healthy and fine) was pre-printed in all languages of Austrian-Hungarian monarchy on postcards sent by soldiers from the trenches of the First World War. This album can be understood as a flare fired from the trenches in which we have been for more than a year in 2020-21.

Charles Antony and The Outsiders – Always Outside