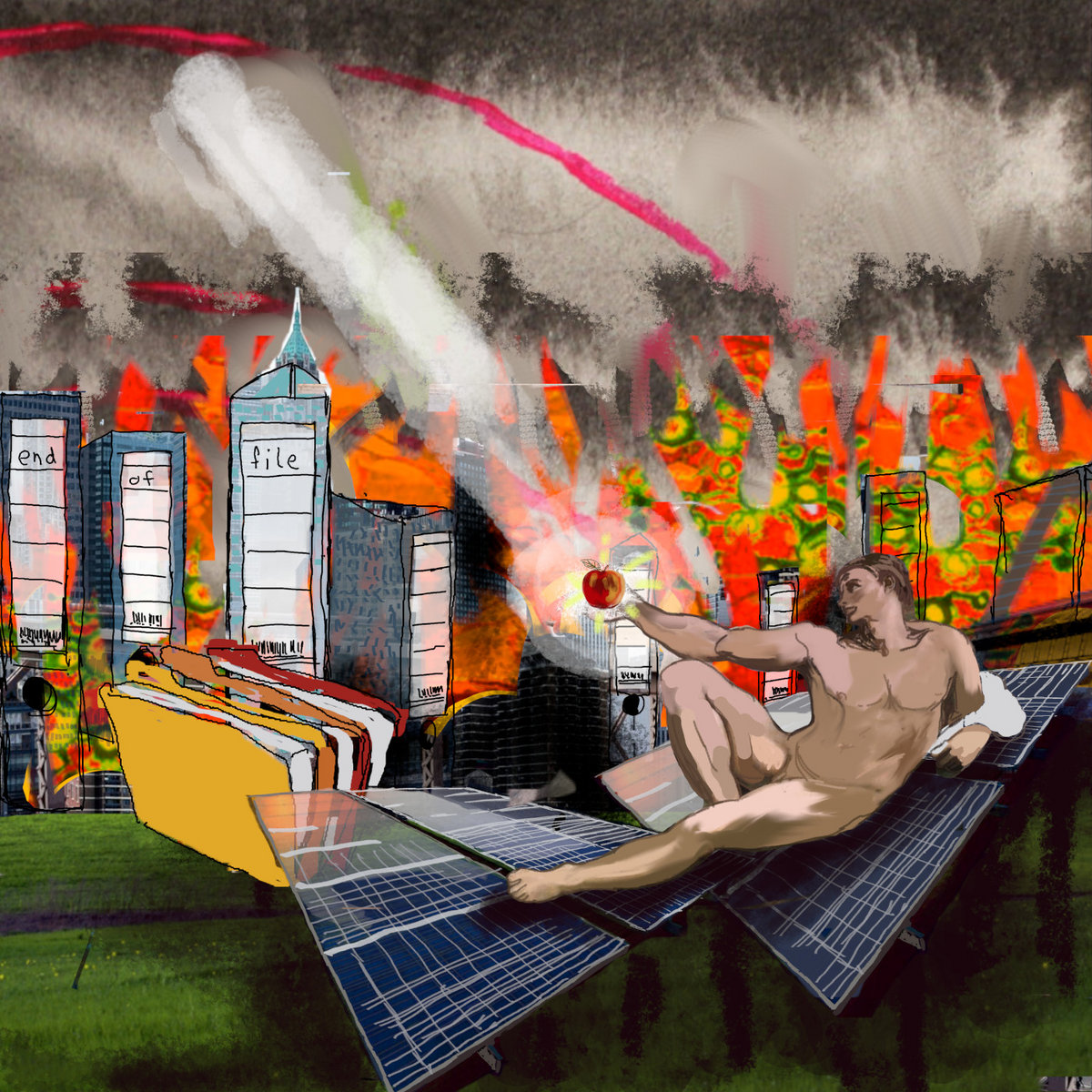 No, this is not our last album – we promise. We’ve arranged with the apocalypse that they’ll wait a bit longer. Until then, listen to it, download it, spread it around – without copy protection and restrictions.

The bible has revealed it – everything is perishing. There is no point in following all its rules. Nobody really understands that book anyway: the language is outdated, the norms no longer make sense today. That’s how one may also feel when one goes to an office.

No wonder that mankind longs for the apocalypse – after all, the end of the world promises the end of bureaucracy, capitalism, church, and everything else that annoys us. At the end of the story only the frustration about the botched revolution remains, and the little note: end of file, that’s it. Or is it?

Maybe not quite. The world doesn’t end everywhere at once. In the niches over which cyberpunk dystopia no longer has control, a tender little plant is growing.
credits
released July 21, 2021

Nami (vocals + guitar, additional production), ph4nt. (synthesizers, production, additional vocals). Many thanks to Christoph Lefherz for the virtuoso saxophone in _unkraut and _womanhood, and vocals and accordion in _puzzle. Also to Mike the Dyke for the beautiful second voices in _womanhood and _puzzle. And many thanks to Adena Sead for the terrific album cover. <3

Wings of an Angel – I No Longer Love Blue Skies