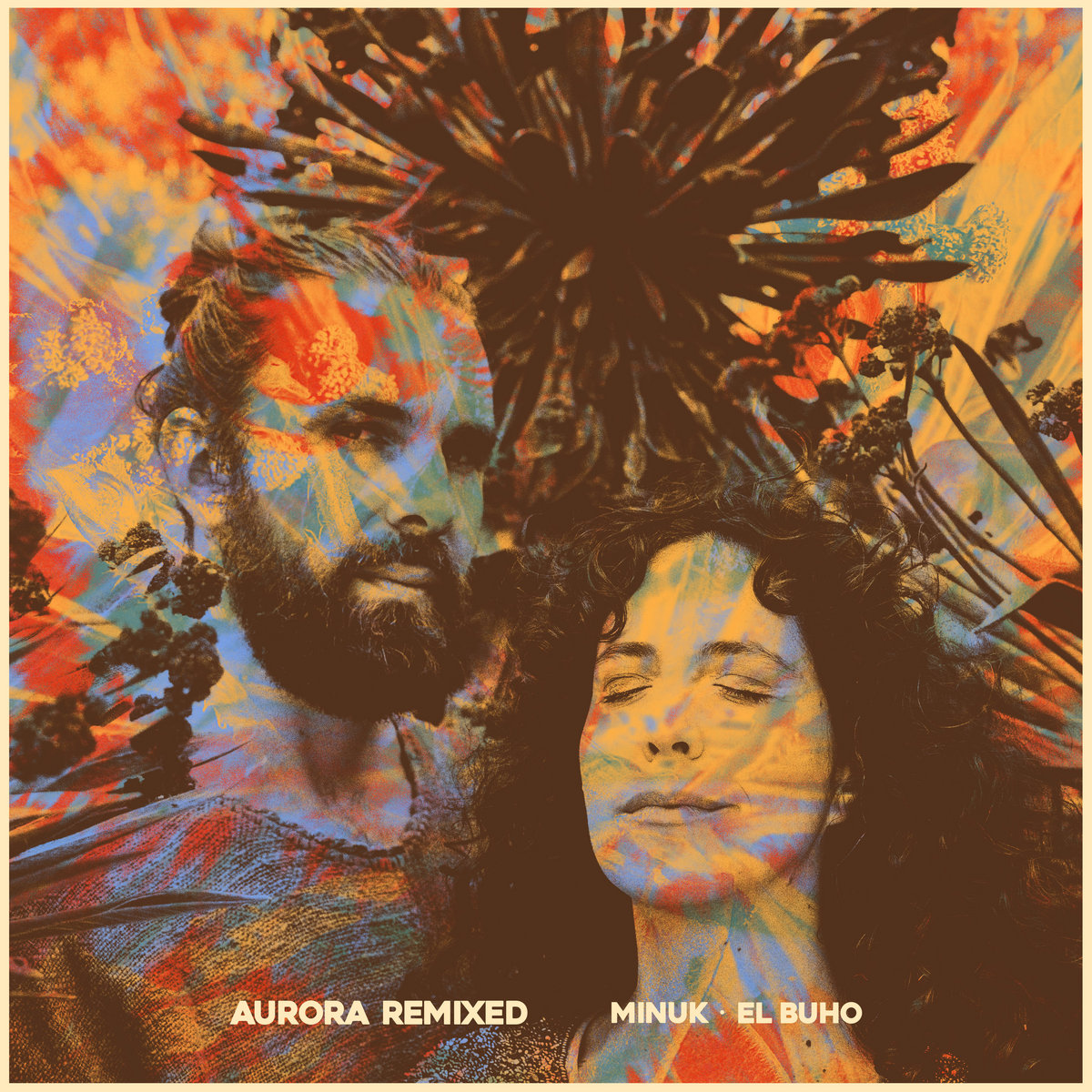 “I have known Alejandra (one half of Minük) for many years, back from her days with Lulacruza and she always struck me as having one of the most beautiful voices in our scene. I’ve been lucky enough to work with her over the years on different projects, from Lulacruza’s participation in the first Birdsong album to collaborative tracks like ‘Corazón de Rubi’ and ‘Mirando el Fuego’.

When I heard Aurora, the debut album by Minük (the duo she formed with husband Marcus) I instantly asked if I could do a remix but not of one track… the whole album! It is rare when you have the opportunity to work with such finely crafted, quality and beautiful material. As a producer, this project was a dream and, luckily, Ale and Marcus agreed to the idea. The whole album happened effortlessly and I think there is just a fit between my own production style and Ale and Marcus’ songwriting, singing and instrumentation.

The album is meant to sit side by side with the original, showing the tracks in a new context, reimagining them for a sound system or a dreamy dancefloor without straying too far from the original intentions.”

“We started working on Aurora, right after meeting in Bali in 2016, while we were touring with our personal projects (Lulacruza and Markandeya). The making of the album was a deep journey of weaving our musical landscapes into a single tapestry of sound.

Aurora took us three years to complete, with production seasons in Peru, Ecuador, Bali, India, Sweden and finally Colombia. During that process, we had a strong intuition about collaborating with El Búho, and even gave him a raw version of “Corazon de Rubi” in 2017, which ended up being part of his debut album Balance.

We have been fans of El Búho’s melodic sensibility and deep sounds for years now, and its a true honor to have him work on this material for a full-length album. In many ways, El Búho’s version of Aurora is a true expansion of our expression.“

All music by Minük & El Búho

Aurora – Occur outside of the binary field EP

Santi – Music, the only Way Remixed