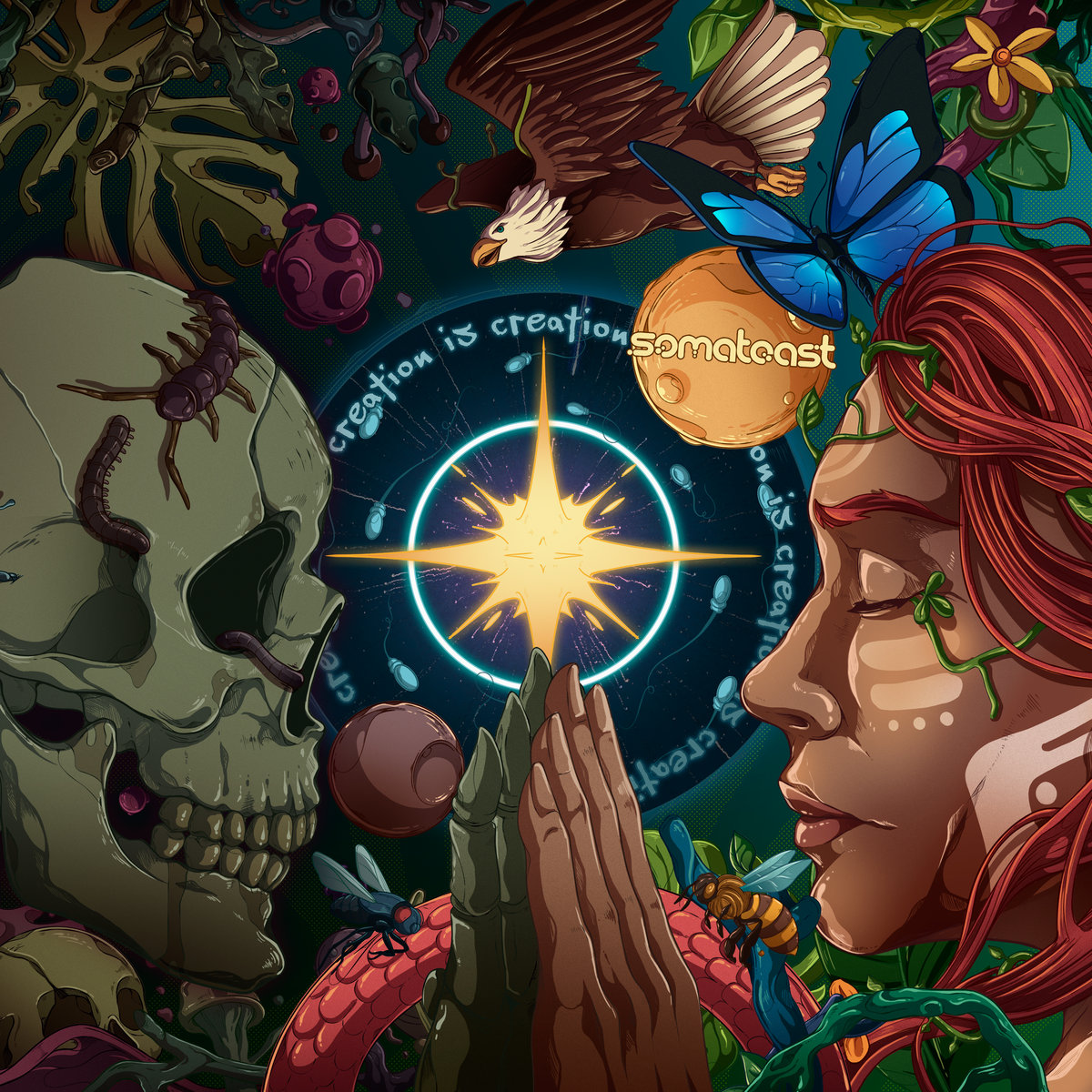 It is said the universe is always expanding from the initial force of the big bang. But how do we experience this expansion on a personal, human level? Creation is Creation postulates that it is this single force of expansion which drives all creation, creativity, evolution and growth– both physical and spiritual.

We experience and aid in the expansion of the universe through our ability to be creative not only by way of art and intellect, but through sex and reproduction, death and decay.

Creation is self-referencing, self-propelling, and ever expanding upon itself. Hence the all-encompassing, cyclic or spiral nature of the statement “creation is creation…”

As beings of and among this force, we have the gift of harnessing it in various ways we may perceive to be mundane, but are alchemical nonetheless.

As the lyrics read:

“The soil that nurtures the flowers. The space that inspires your craft. The mood you set for your lover. The places that foster our children. The force that expands…”
credits
released February 25, 2022

Dr. SpaceKir – The depths of Universe