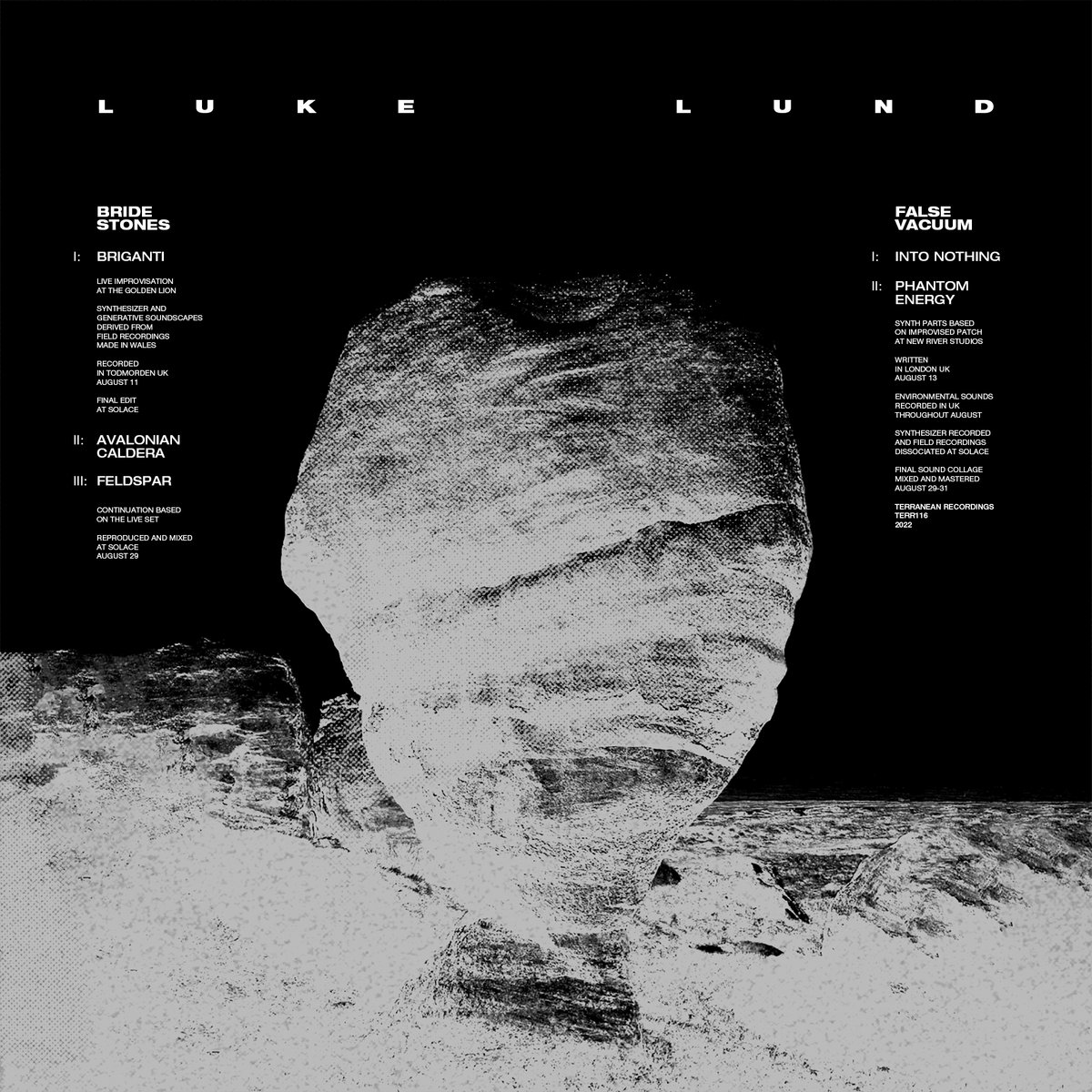 The idea of sonifying events occurring over geological and cosmic timescales unites the longform soundscapes of this double header. From the sense of tectonic mountain-birthing forces and gentle millennia-long microscopic erosion of rock formations in “Bride Stones,” to “False Vacuum’s” mental imagery attempting to fathom a theoretical collapse of the universe and death of time itself, they serve as entry to an extraordinarily vivid yet alien soundsphere.

“Briganti,” the first section of “Bride Stones” is a slowly evolving, poetic journey performed in Todmorden, West Yorkshire. Created live, although largely airy and ethereal, its delicate synthesizer movement is combined with a dynamic and unpredictable generative technique that completely disintegrates environmental recordings made around the craggy peak of Snowdon and rocky beaches of Llandudno. Together they create a narrative of deep naturalistic planes that penetrate each other and metamorphose into thick swells of tonal, near melodic vapor; the hush of air and rain sculpting rock over eons; vistas of isolation on desolate tectonic plates of stone grinding and crashing into sonorous metal… The later-recorded second and third sections employ the same approach but in studio.

Next to the triptych piece sits the volatile two-part “False Vacuum.” Created from synth parts based off a performance at New River Studios, it is fused with abstracted urban London field recordings, dissociated spectrally to maximum extent. The dread-raising pendulum-like drone pushing and pulling sets up a menacing pulse within which fluid interweavings and manifold clusters of textural apparitions burst and dissipate. A sensory overwhelming, dense mesh of haunting crescendos of discordant howls and a vicious microscosm of screeches darting through the stereo field and the human audio range.

Two dramatic narratives — both highly dynamic and abound with precise details of psychological subtlety. Both engrossed in wayward energies and wilderness of pure sound.

Great, Green Stones… – Works from the Absurd Pool in January