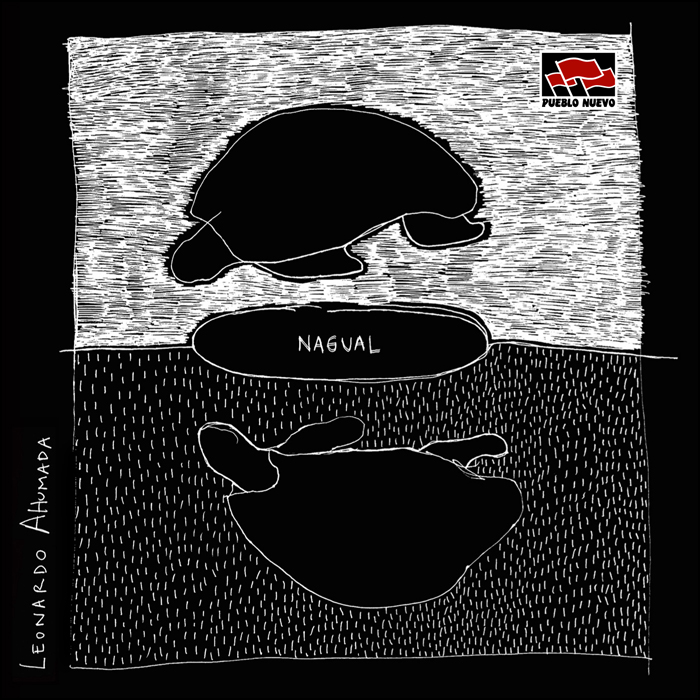 So let’s talk about Ignacio Morales. About Leonardo Ahumada. About Nawito Dúo, which isn’t a dúo after all. About the baldy one in El Banco Mundial. About the baldest baldy in Ensamble Majamama. About the only man in Guorl Miusic.

Let’s talk about feedback. But not about electroacoustic feedback – extensively exerted by Nawito – but the one that presents a way of thinking (about) the music one makes when listening to it. That one where the cause is indistinguishable from the effect, where the effect is not necessarily predicated in the cause, where materials precede the shape that forms the materials.

Let’s listen to a jungle music – it’s impossible to avoid metaphores by now – born from José Vicente Asuar Guararia Repanoo; but it is not representing jungle, but coming from there. Infinite organisms in friction, superimposing each other in harmony. At the moment of listening, finding out what was acoustic, electroacoustic or digital is rendered useless in the first place, the jungle factory turns original, filtered or simulated indistinguishable, but the painstaking work which erected it sounds in its complexity, it is the making sounding.

Real hard work: let’s talk about fingers, nails, tact, epidermis of Nawito’s fingertips. That is – in David Tudor’ words – the most sensitive control point in a machine.

Apparati and their connections, colombina’s strings tension, diagrams, patches, springs and iron pieces, are temporary line-ups, nodes, pretexts, software; the operator that sets up and makes the machine, the real jungle territory. There are coagulations, geological faces, pressure points, complex detail zones, energies in the point of transformation, not choosing this or that way: a cave with countless leakage and drain pipes, thick, resounding tones – the wind blows outside the cave – feedback screeches, rumors from a beehive’s working mode, mechanisms rattling, the jingling of exotic birds which cannot be seen covered by the leaves, metal on metal (yes, in every sense of the word); white noise’s faceted roaring, the Mekano girls worn-out sticker; Providencia’s buzzing, hissing in unknown time; an unexpected ringtone; and the most remarkable, particular characterístic in music: a multiplicity of realms and activities, what was called polyphony in the good old days. The mystified concreteness of the on-screen software, where modules are connected, expanding and contracting, and the material proof of the tamed sound idea: a trompe and an mbira.

After almost a decade devoted to electroacous-tic music, Nawito, Leonardo, the ‘noise he-baby’, whoever he would be there inside him, makes news of headway in “Nagual”, not in a militant avant-garde fashion sense – please, let’s keep avant-garde requiescat in pace – but of a curious passerby carelessly strolling thru the park.