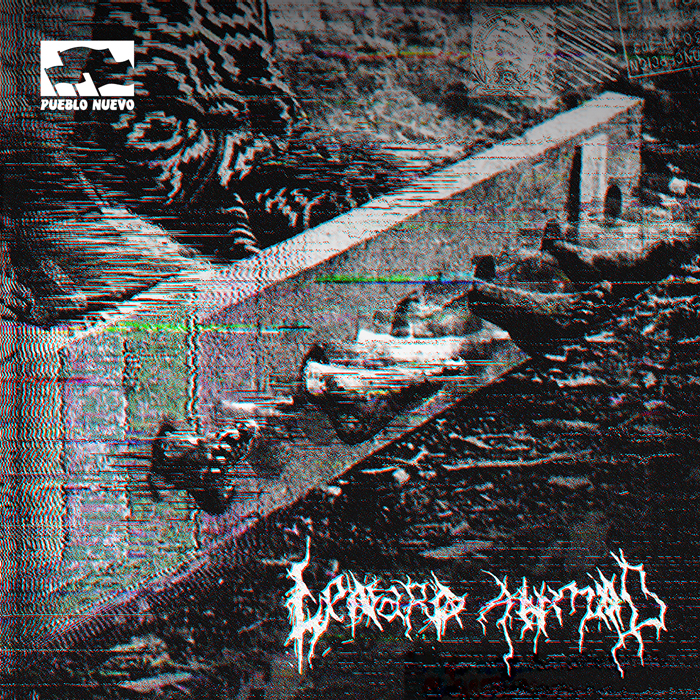 Lenard Ahmad, (Juan Ignacio Morales, Estación Central, Santiago de Chile, 1979), states that his “[…] materials and their usual sound result have inspired [him] an idea of belonging and identification with Latin American ancient cultures and native peoples.” The range of themes, resources, expressive and cultural values that make up the contemporary panorama of early Latin American nations were clearly portrayed on “Nagual”, his Pueblo Nuevo 2010 release, and appear again on “El Cepo”, his new installment, also released via this prestigious netlabel.

Considering the consonance of his solo work and the aforementioned panorama, Juan Ignacio adds that “[…] I always wanted to capture in sound the idea of a resisting trench, in this case, directly inspired by Mapuche resistance, but also by their suffering and dispossession.” Some of this becomes clear by the graphic material illustrating “El Cepo”: a montage based on heritage photographs – which, it is worth mentioning, were sold as postcards and souvenirs, – where a child and a Mapuche adult are disciplined inside the trap. The illustration appeals to a colonial barbarism experience, persisting even at the beginning of C 20. Taking into account historical circumstances inevitably determining our social life and its consequently expressive forms, Juan Ignacio points out that “[…] in my case, my resistance weapons are my precarious materials -iron and springs-, as opposed to an electronic music culture increasingly disposable, capitalist and bombarded by the synthesizer collecting fetish”.

This album presents a precise, seemingly simple exercise when it comes to instrument resources, but challenging when it comes to listening. Among other issues, because it does not resort to the ancestral or ethnically marked Mapuche sounds common sense would suggest to embody these aboriginal affections and identifications. Such resources – in practical terms, traditional Mapuche organology – clearly facilitate the identification of sound representations of music, whether popular or experimental, with a position pro Mapuche culture and identity, at Wallmapu or at Warria and, in some cases, with different political, humanitarian and territorial claims. There are many examples of these, ranging from committed mainstream pop to assorted conceptualist and experimental experiences.

Juan Ignacio does not resort to these elements. Far from this trend, he appeals to electroacoustic abstraction in order to disperse these and other meanings. On “El Cepo”, he subjects the listener to a severe sound design, where ancestralism makes room for brutalism, freed from obvious contents. This improvisational / compositional work, based on precarious materials and electronic feedback, would appeal to an incidental listening of sorts – if you like, – noise suggesting chainsaws, helicopters, drones, firearms or tactical vehicles. Thus, the album articulates the current condition of extractivism, colonialism, material poverty and militarization of the Wallmapu, with no conceptualizations or symbolism whatsoever.