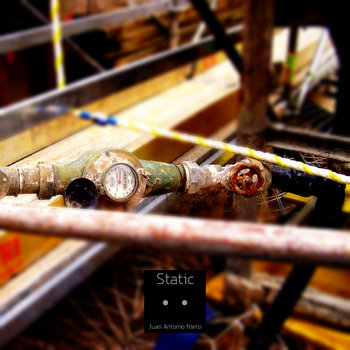 Juan Antonio Nieto | Static
“Static” is a short album of abstract concrete music. The main idea was to use “field recordings” from restaurants and coffee shops, mostly the sounds of plates, spoons, knifes etc., as well as sounds recorded while the artist himself was having breakfast. He also uses sets of found sounds, from objects at home. He mixes the different timbres with minimal electronics, trying to give the result a natural feel. For this album he chose 6 tracks out of 12 – the ones that worked better with the concept. The dark drones were composed especially for each theme and then added to the percussive sounds, conveying an abstract, ambient and dreamlike sense.