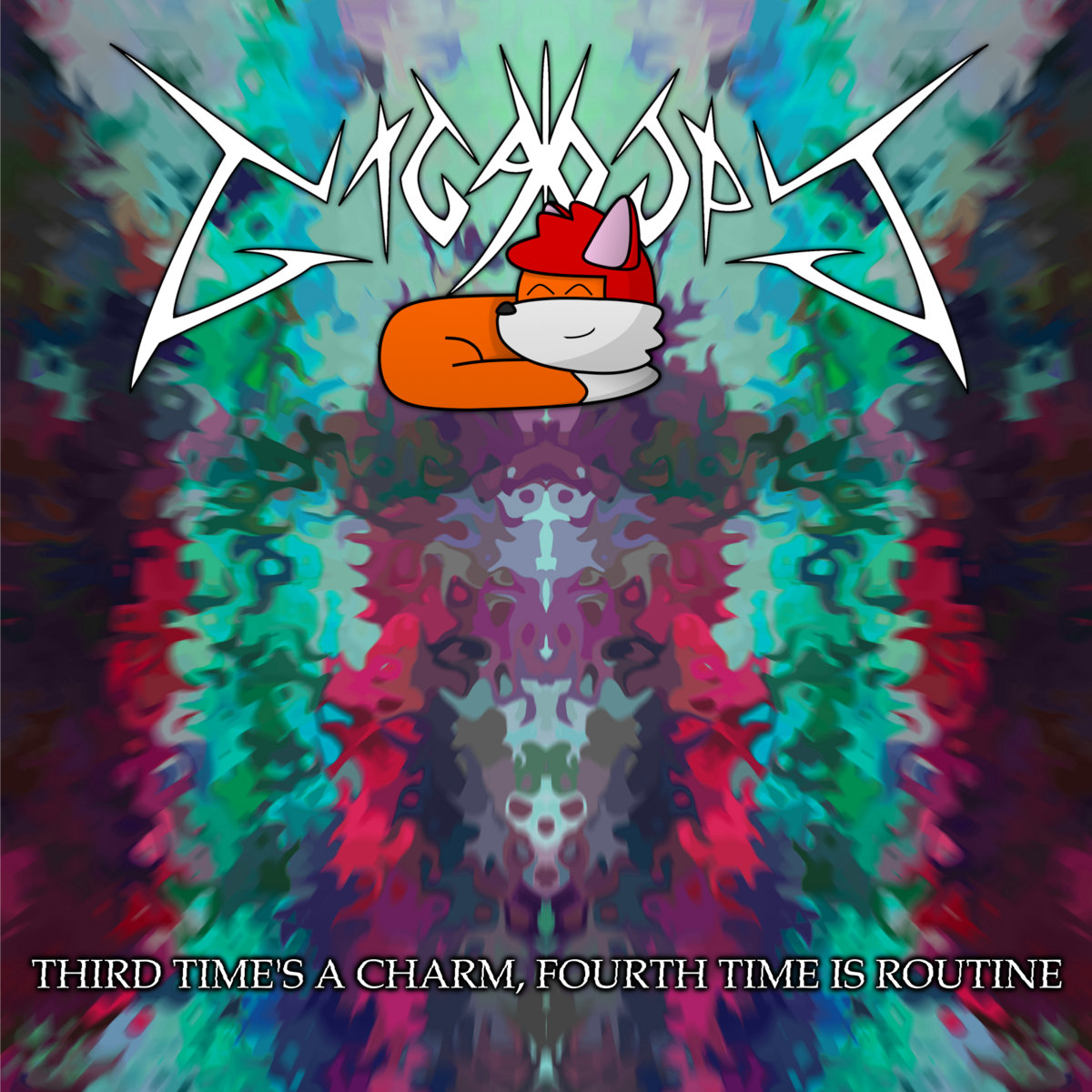 “Third Time’s a Charm, Fourth Time is Routine” is Gigakoops’ fourth full-length album, with a lot more emphasis on mixing chiptune synths with brutal metal compositions. There is a fair amount of prog inspiration here as well, with plenty of genre mixing and complex song structure.

Songs such as “It’s Like a Knife When You Need 10,000 Spoons”, “Crustacean Creation”, “What the Flux” and “Stang” blend in metalcore and death metal stylings with chiptune leads and orchestral backing. Meanwhile tracks such as “(You Are) The Middle Piece”, “My Own Bountiful Sky”, “Escapism of the Fearless”, and “If I Were You…” build upon prog song structures, with more experimentation of styles and complex song structures, while still keeping in occasional metal influence (in some songs more than others). And finally, the full-album download also includes Nightmare Lyre’s remix of “The Taste of Nostalgia” from the previous album, with more metal instrumentation.

The 17 Sons of Abraxas – Phantom Structures