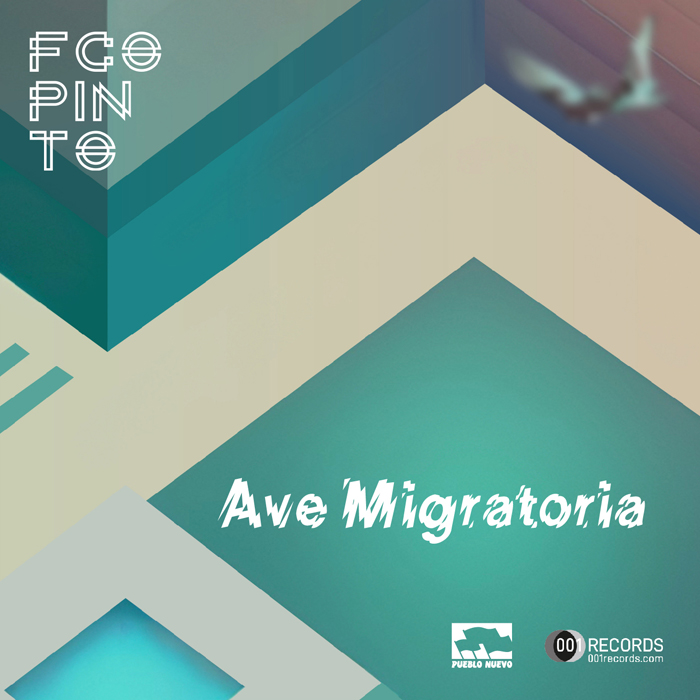 “Ave Migratoria” (Migrating Bird) by Francisco Pinto keeps you attentive to every track and as a whole, from micro to macro aspects. Always authentic, it takes you by surprise, grabbing you, starting with IDM, drum & bass, and saturated breaks; referencing house music on several tracks, completely experimenting with beats on others. All of this is tied by synth-made arrangements and melody layers.

“Cabalgando balas” (Riding Bullets), the first track, didn’t play on VLC, but on my drive folder, since I have no memory on my PC. The intro sounds lively and theatrical, the beat plays hide-and-seek, catching you up immediately to the full release, which makes you imagine the live performance and set-up, mostly analog, I guess. An admirable, complex and unknown feat for us, coming from the digital world.

“Cabalgando balas” generated a response in my head, moving to the sound, willing to immerse myself in writing already. I watched the video, perfect to be shared in a social meeting, turning the TV on, showing video clips and leaving.

I fix myself a cup of coffee and look out to the sea. You can identify with it, feeling a connection with the concept of the album, closing the context circle of yours with a flourish.

The first two tracks are D&B, IDM, with grabbing distorted breaks; modern style and analog sound at the same time.

Track three returns to more classic palettes: a house/pop sound, calm energy and psychedelic voices traveling through your stereo headphones. “Volaremos de aquí” (We will fly away from here), states the chorus, a sentence plugging the ground cable, the migration concept explored by the album.

Fourth track is housey, too, lo-fi and more energetic, keeping classic drums style on the one hand, talking to bars of rhythmic and timbral explorations on others; together they take you into the chorus, where standards and idiosyncrasies become one.

“Tortuguita” (Little tortoise) took me to a more 90s IDM, Planet Mu reminiscences. Later, synths show up with filter games, tilted frequencies, like an ice cream house, making me wonder about the moment those knobs were turned. A synth started this whole romp, joined afterwards by a carnival of filter envelopes, cut frequencies, boosting resonances, delay and reverb placing you right at the universe these sounds take place, down into timbres character and superb unfolding. When it comes down to relaxing; we relax, too. I realized how high I was when I got off. It was great.

I took a break like watching movies, an intermission in the middle of the film, to fix myself another coffee and reconnect.

A still blue sunset makes an easy entry into track 08. No extra aid needed, since it builds on you, and, as soon as the chosen synth takes off, it successfully sends kinetic signals to my body.

“Yungay Station” is modern and danceable, several layers taking you to synthwave realms, but not missing its housey foundation.

Deep drums, defined and designed with a special touch, open the way to track 10. The unique, authentic mix by Francisco Pinto suddenly opens the spectrum up with sounds filled with character. I’m also able to identify video game samples, and a three-dimensional echo, making you feel like a ball crashing into pinball walls.

The last track arrived. It is interesting to listen to an extended version of the first one, not a frequent move in itself. Since the album runs smoothly, a return to the beginning from another perspective is highly appreciated, as getting to know a deeper version of what Francisco thought when composing this track and this album. I recommend playing “Ave Migratoria” all the way through.