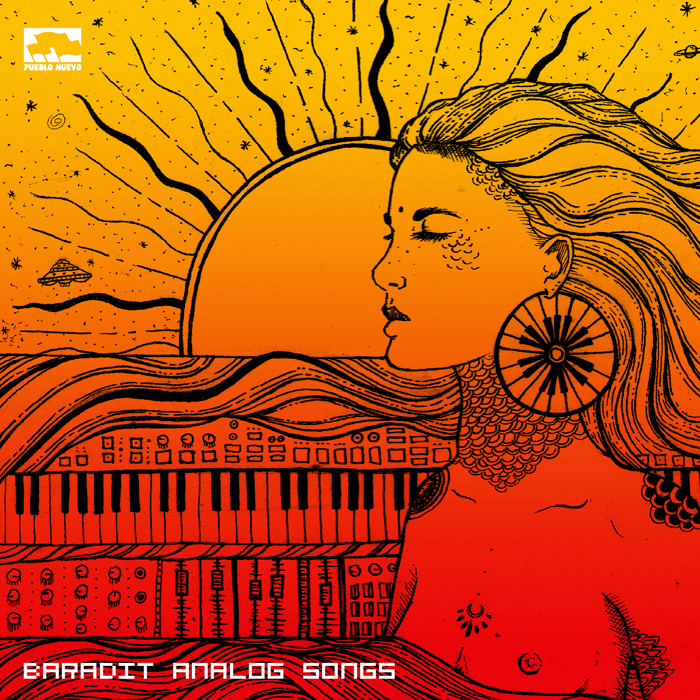 “Analog Songs” is an album composed by Felipe Baradit Stevenson, which is distinct in being his first album composed entirely with analog machines. With the creation of the musical instrument store “Midi in Store” directed by Alisú, Felipe began collaborating with synthesizer reviews, which in turn led to his taste for composition with analog hardware and processes. The world of visual and musical art, sexuality, cats, the illusion of a New Constitution that guaranteed multiple rights, the interconnection of analog machines via midi, the possible end of the pandemic, were all influences for the 7 works on this album.

For the graphics, Baradit invited the illustrator Paulina Gutiérrez Paravic to generate an artistic collaboration in Concón, wherein “PaliArt” displays all her talent and interprets the album in an illustration for the cover with her characteristic feminine and oceanic stamp, mixing this with references to the musical themes.

This album incorporates different analog equipment, such as the Argentine GS Music Apollo Mini synthesizer used to make bass lines, and the Korg Volca Keys and Volca Beats used in melodies and rhythms, respectively. The Korg Monologue was also used for basses and leads. Finally, the Korg Electribe EX1 tube sampler was used to reproduce sounds from the classic Roland TR 808 and 909, as well as analog synthesizers sampled from Arturia’s V Collection, such as the Jup 8 V3 or the Jun 6V. All these ingredients ultimately result in a warm, melodic, contemplative sound, yet with character, like a golden sunset by the sea.