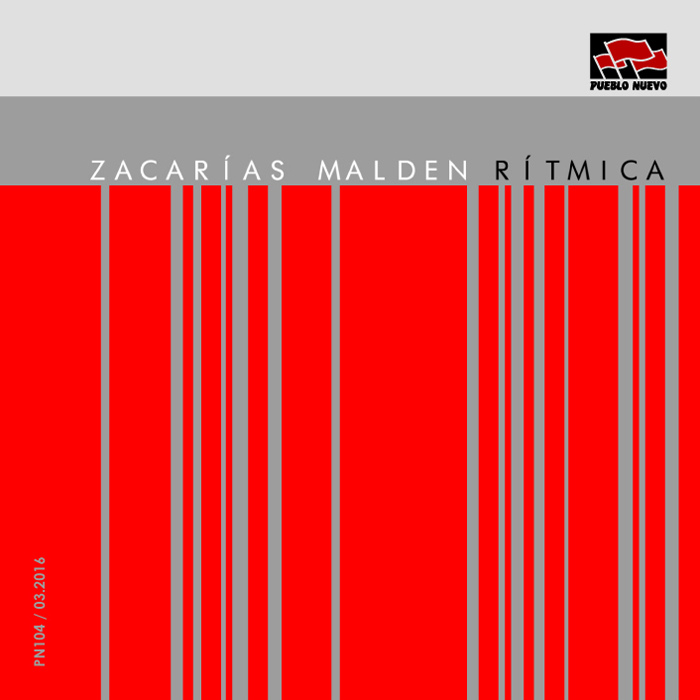 “Professor Zacarías Malden could very well be an ‘alien’ who fell to Earth decades ago to gather the ABC’s of previous understandings regarding the ‘laws of electricity’, which had been developed along with others in the 18th century, and not without some rejections and incredulities on the part of the academic and scientific establishment confronted with Georg Simon Ohm convinced by his theory, the so-called ‘OHM’s law’. Theories related to electricity and the variables that affect the process of transmission.

Before and not far away, another central figure, also in the city of Quilpué, the Doctor Gozne, had published ‘Non Human’ (pn090) at the end of 2014, a work perhaps more human than what its title indicated and on the other side more rhythmic (in the classic and resounding sense) in relation to that which the new work of the ‘alter-ego’ Zacarías Malden instead insinuates. Probably his musical laboratory never required studies of the laws of Physics (‘probably…’) nor too much already more enclosed from Electricity, even so, you will find the ‘current’ vibrating in each track.

‘Rítmica’ (pn104), would seem to open a journey or a deep view to the stars and galaxies visible from his study or perhaps already from the controls his spaceship.

The listener may be invited by the Professor and in fact transferred to ‘the electric circuits’ of a Mission, ‘initial essential miniaturization’ of the passengers disposed to such risks; they then situate themselves in the marrow of analog and digital circuits and to periods of bitter struggle between mutant insects, contaminants, and interferences of electronic commands and their flow and that of an army of ‘Pacman’s’ pursuers acting as antibodies that sometimes manage to resolve and free from interference necessary sequences of the processes of transmission. So they sound to digital errors and they are obviously more than reminiscent of the ‘Click & Cuts’ present around the year 2000 and the electric ‘delicacies’ of the work.

The buzz of the insectoids in the most analog circuits sometimes disappears and opens a ambient layer of relaxed drones, but always accompanied by rough fabrics and textures, stratified sheets of vibrating scrap almost of a palpable materiality.

In ‘Rítmica’ (pn104) there is of course ‘rhythm’ but still, it must be understood in a different way and this forms part of the mysteries of this work, even in those occasions where it may seem almost absent. The melodies have to be on this occasion almost imagined.

The journey of ‘Rítmica’ (pn104) takes place very briefly, it opens and closes, and in a flash perhaps you wake up to reality neither more nor less than in the studio of the Dear Professor Zacarías Malden!

Don’t worry, the ‘system’ guarantees the return to natural size upon your return. You will not return as “miniatures,” nor will you have been devoured by the insectoids or by the ‘Pac-mans’

Luckily the electricity will not have disappeared out there! What is more we know that we can count on Professor Zacarías to deliver new and future entries of adventure in the form of installments and albums.

transient – return to the white blazes