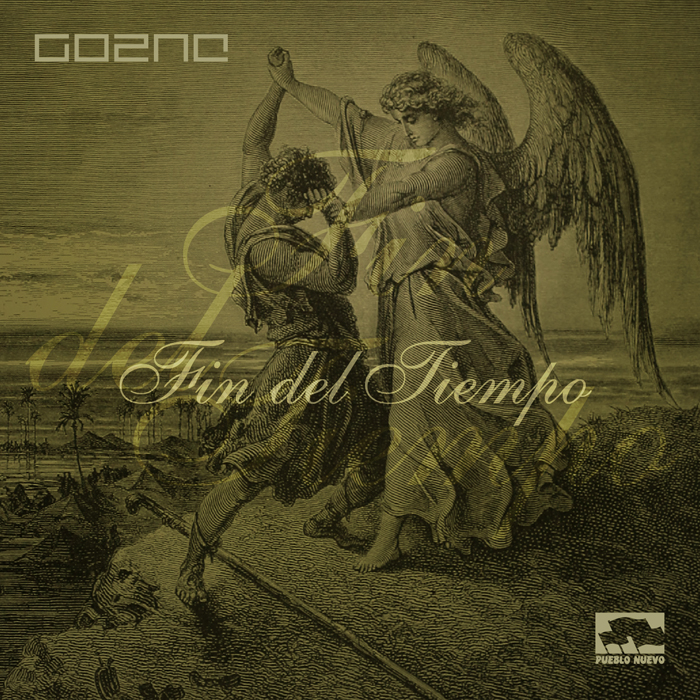 “‘Fin del Tiempo’ (‘End of Time’) is not a religious work, although in the creative process, passages from the Bible were the source of inspiration for the concept; for this reason, included along with the download of the album is a PDF document with the verses used.

The ‘Non Human‘ robot has been reduced to the minimum expression, a microchip with software. This allows his artificial brain to survive practically intact to the holocaust of the ‘Fin del Tiempo’.

‘Fin del Tiempo’ is the conclusion of a series of works under one concept with the aliases of Gozne and Zacarías Malden.

‘Fin del Tiempo’ initiates the definitive fusion of styles, where the rhythmic essence of Gozne merges with the purely experimental style of Zacarías Malden.

‘Nation will rise against nation; there will be earthquakes in many places, hunger and turmoil, terror and signs in the heavens; it is necessary for this to happen, but it is not yet the end. ‘ (Jesus of Nazareth). This is also the ‘Fin del Tiempo’, believe it or not, it is already happening.

For this described above, it was appropriate to write the review and / or presentation of the work myself (Gozne), to take the opportunity to thank my family, while ending a stage of my musical career and at the same time initiating another that is more abstract and primitive, minimalist and practically binary, both in audio and video.”